Death of a Software

(with apologies to Arthur Miller)

One thing stupider than releasing a piece of professional editing software that lacks essential professional post-production features, is to kill the previous version that had those features. That is what Apple did with the release earlier this year of Final Cut Pro X. And no one is (or should be) happy about it. It portends bigger problems for all motion picture editors. 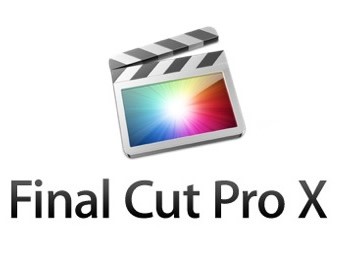 Apple released the new Final Cut Pro X in June 2011. In a very controversial move, instantly the previous version of the software was no longer available for purchase. Apple had EOL’ed (End Of Lined) Final Cut Pro 7, along with its suite brethren Cinema Tools, Color, Sountrack Pro and DVD Studio.

What? After years of trying to make a sophisticated editing software and post production package, developing tools to integrate 35 and 16mm film, tempting studios and producers with lower cost and a hipper vibe, and creating a complete set of post pipeline tools, Apple put a metaphoric bullet through Final Cut Studio on June 21, 2011. And the most disappointed are editors who have depended on FCP.

The impossible problem for the FCP users is that the new FCP X isn’t compatible with FCP 7. X can’t open projects from 7. This is akin to buying an update of Word only to find it won’t open any documents you have from the previous version. Huh? Who thinks that is a good idea?

And there was some question whether the installation of X would interfere with an installation of 7 – you can’t, after all, have two versions of Word installed on your computer.

And there are other problems with X. It can’t output information (EDL, OMF, AAF) to an online or a sound facility. So, if you don’t need to work on past shows, or broadcast / project your current one, you’re good. That I think eliminates all professional film and video editors. Apple promises updates to fix some of the problems. A new release in September did add XML transfer, so older sequences could be opened. But sorry: I’d be fired if I delivered such an incomplete editor’s cut and said “I’ll fix it later.”

It is a stunning reversal from a company who has for years tried to gain a foothold in the professional market. With some success. Walter Murch became the FCP poster, um, person for the artists’ editing system. Universal Studios has in the recent past pushed for it’s cable TV shows to use Final Cut – despite how unhappy it made the picture editors who are not WM. Warehouse 13 and Eureka have dumped FCP for their current seasons.

No one is more unhappy than those current FCP users who prefer the software. All of their investment in time and money is gone. They have to find another tool. And Final Cut X is most certainly NOT that tool. X is to 7 as a .38 is to an M-16. Both can do a job, but which would you rather take to a gunfight?

Oliver Peters who writes the Digitalfilms blog wrote “In the work I do – ranging from spots to corporate to TV to films – I simply don’t see FCP X version 1.0 as functional for any of my real-world workflows. I find that a shame, because there really is a lot there to like.”

Also, now the companies and editors that have invested in FCP are one operating system update from having their entire operation grind to a halt. Apple just release their latest OS update, Lion. Not surprising, many important applications do not yet run on it (as of this writing important applications I use, Pro Tools, Sound Grinder, and SoundMiner, are not qualified to run on Lion). If Apple doesn’t mind killing FCP, why would they care about maintaining an operating system that can run it? And other critical post software?

Electric Entertainment, a production and post company owned by Dean Devlin, invested in a complete FCP post production solution. His current series on TNT is Leverage. It is edited in FCP, the sound is mixed in Soundtrack Pro, and color correction is done in Color.

From Mark Franco, the head of post-production for Electric: “We feel that an extended development period is needed to see what Apple (or a combination of Apple and 3rd party companies) come up with in the next several months. We will stay on FCP 7 for the next season of Leverage unless the product matures in time (March 2012) for us.”

Just to keep up with the changes in camera technology, Electric will eventually have to invest in a replacement solution. Again, Mark Franco: “We have other issues with Apple now as we have migrated to the RED EPIC cameras and currently Apple doesn’t support the use of the native R3D files. We may need to migrate our Color correction from COLOR to DAVINCI or another appropriate product for now.” While working on the new FCP X, Apple didn’t bother with updating its other software (FCP, Color, etc.) to keep up with current technology.

As many bloggers and tech writers have acknowledged, this move from Apple was no surprise. Apple is a hardware company, which makes software in order to sell more hardware. Sachin Agarwal was an Apple product designer who worked on FCP from 2002 to 2008. In his blog “Sachin’s Space” he says “The goal for every Apple software product is to sell more hardware. Even the Mac operating system is just trying to get people to buy more Mac computers.” He continues:

“The pro market is too small for Apple to care about it. Instead of trying to get hundreds or even thousands of video professionals to buy new Macs, they can nail the pro-sumer market and sell to hundreds of thousands of hobbyists like me.”

What is inconceivable is why would a company that is anything but short on resources (reportedly with $38 Billion in cash on hand) choose to kill a working product and make the loudest voices in the professional editing community blistering mad? Don’t they have a spare bi$$ion just to keep it alive a bit longer?

More than once Apple has purchases software only to eventually kill it, such as the VFX software Shake (http://bit.ly/cGC2J), and the music service Lala (http://bit.ly/9cXT6N). Perhaps its because the professional editing market isn’t nearly as large as the consumer market. Philip Hodgetts in his blog The present and future of post production business and technology (http://bit.ly/qfhXvl) wrote the US Bureau of Labor Statistics estimates that there are twenty five thousand film and TV editors in the United States. From that he extrapolates there may be five times that many editors worldwide (125,000). Further he posits there are perhaps fifty thousand Final Cut Pro film and television editors. So, as a company wouldn’t you target your product to the millions of potential non-professional video editors, such as home video enthusiasts, journalists, and bloggers that need video editing tools?

Then again, do you really want to piss off the your most passionate and vocal customers, who can and will make the effort to embarrass you? (Half a bi$$ion?) How about the editors on The Conan O’Brian Show and their brilliant sarcastic take on how ‘great’ is FCP X http://www.youtube.com/watch?v=LxKYuF9pENQ)?

According to Larry Jordan interviewed on That Post Show (http://bit.ly/nnFBfV), he tried to convince Apple that X was lacking in critical features. But they didn’t listen. And he was shocked when they, without warning,  EOL’ed 7.

What makes this even scarier is attitude: what makes anyone think that Apple won’t do something else that threatens the editors’ livelihood? They are selling so many i – Phone, Pad, Devices and making so much money, why do they need to make computer towers? Or laptops? And these devices are driven by their touch screen-based iOS. What if they discontinue OS X, the operating system that drives most of the Hollywood picture and sound editing / mixing rooms? There are several blogs and software for turning off the iOS features now in the Lion OS.

Then there is competition: who is going to kick Avid Technology in the ass like FCP has up to now? Sales of Adobe software, which also has a full suite of applications including Premiere (picture), After Effects (VFX) and Audition (sound) have increased since June (http://tnw.co/pDGIYT).  Lightworks still lives as a free open source download for Windows PC’s only. Novacut is using crowdsourcing to fund its non-linear editing software project. But these competitors don’t have the drive or money to invade Hollywood as Apple once had.

I’m leery of investing in more Apple equipment or software. But as they will soon be selling iPhones to 1.5 billion Chinese customers, Apple stock is looking like a bargain.