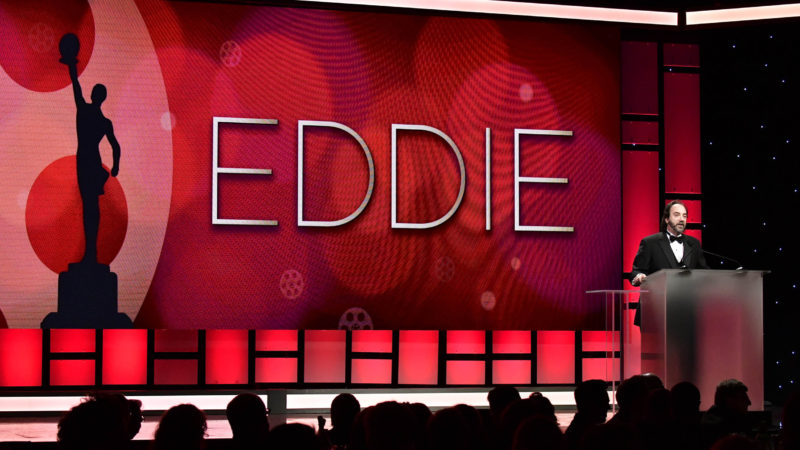 Our History – Started by Warren Low and Jack Ogilvie

The society was the original idea of two Paramount Studio film editors, Warren Low and Jack Ogilvie, who arranged for an historic meeting of representative editors to discuss starting the organization.  It was held at the Masquers Club in Hollywood on October 26, 1950 and, besides Low and Ogilvie, was attended by George Amy, Folmar Blangsted, James Clark, Frank Gross, Richard Heermance, William Hornbeck, Fred Knudtson, William Lyon, Fredrick Smith, Richard Van Enger and Hugh Winn.

A Charter Membership meeting was held on November 28, 1950 attended by 108 of the industry’s top film editors followed by the first General Membership meeting on January 9, 1951 at which a name for the society was adopted when Donn Hayes suggested “American Cinema Editors”, abbreviated to “ACE” as its acronym.  (Members are identified on screen credits with “ACE” following their names.)  On May 29, 1951 the AMERICAN CINEMA EDITORS became a non-profit corporation under the laws of the State of California.

Beginning as early as 1951 a speaker’s platform headed by James E. Newcom was formed to give lectures to cinema classes at universities.  Now called the ACE Visiting Editor Program, some of the members who have lectured or taught classes during the past few years are: former Presidents James Blakely, George Grenville and Michael Hoggan, Tom Rolf, former Vice President Bernard Balmuth and ACE members Donn Cambern, Anne Coates, Mark Goldblatt, Tina Hirsch, Michael Hoe, Evan Lottman, William Reynolds and Ralph Winters.   In addition to in-person lectures, ACE has produced two films, “Basic Principle of Film Editing” and “Interpretations and Values of Film Editing”, which are still available to educational facilities.

In May, 1951 the CINEMA EDITOR made its initial appearance as the official magazine of the society.  Beginning with a four to eight-page publication with limited distribution, the size and format is currently enlarged to about forty pages and is mailed to wide and varied group of subscribers.

The first annual ACE Awards dinner honoring the nominees for the Film Editing Award given by the Academy of Motion Picture Arts and Sciences was held at the Beverly Hills Hotel on March 14, 1951.  George Murphy was master of ceremonies and Dore Schary was the keynote speaker.  Frank Capra presented the awards and Jerry Lewis and Dean Martin entertained.  These awards for Academy nominees were held annually through 1961.

In 1962 the society decided that editors were the best judges of their peers’ ability and created the annual ACE Awards.  Members nominated and voted for best achievements in editing motion pictures and television. Winners received plaques until 1965 when the statue nicknamed “Eddie” was given for the first time.  Since then the presentations have come to be referred to as the Annual ACE Eddie Awards.  In 1973 ACE started the Student Editing Competition (available to students throughout the continental United States) the nominees of which were also included in the event.