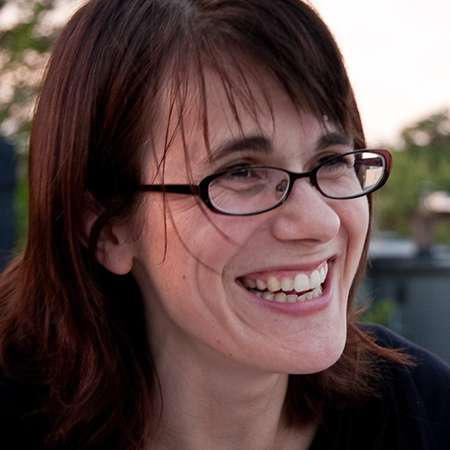 Karen Schmeer, A.C.E., was one of the leading film editors of her generation. A native of Portland, Oregon, Karen had always been an avid lover of film. After graduating from Boston University, where she studied anthropology, Karen began working with Errol Morris as a researcher.

She began her remarkable career by editing a film that Morris had feared was “completely uneditable,” 1997’s Fast, Cheap, and Out of Control. Her extraordinary success — weaving four disparate characters’ stories into a poetic symphony of human emotion, sheer whimsy, and questions about the meaning of life — marked the beginning of a·decade-long collaboration with Morris. Their work together includes some of the most exciting documentary films in recent times: the Academy Award-Winning·Fog of War; the controversial Mr. Death; and the groundbreaking IFC series First Person.
`

This fellowship is dedicated to honoring her memory, as we aim to give our fellows the same level of care and inspiration that Karen provided for so many.
`

To read more about the Fellowship, visit: http://www.karenschmeer.com

Open call for applications for our 2022-2023 group Fellowship program has begun!

The Karen Schmeer Film Editing Fellowship is a year-long group mentorship program for documentary assistant, associate and emerging editors from historically underrepresented backgrounds and experiences. Our mission is to support an inclusive group of documentary film editors through programs that help them grow as artists and build their community. By investing in editors, we affirm and strengthen the critical role editors play in documentary storytelling.

The program will run from September 2022 – September 2023 and this year we are excited to announce a hybrid program, both in-person and online, allowing for applicants from across the country. We will have in-person group meetings in New York and Los Angeles (pursuant to local health guidelines) and virtual group meetings for those in other areas of the US.

Applications will be accepted during our open call period from February 1 to March 20, 2022 and we would love for you to help us spread the word so we can reach as many people as possible who could benefit from the program!

Thank you on behalf of the board and this year’s Fellowship committee!