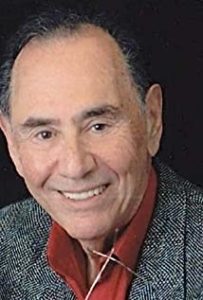 Morton “Morty” Fallick, a versatile and pioneering film editor, director and producer died Wednesday April 22nd at the Motion Picture & Television Country Home in Woodland Hills, California, he was 86. Mr. Fallick was born in New York City on November 7, 1933 and grew up in the Bronx. He was the son of Marion, nee Haymes, and Robert Fallick, a film projectionist and sound engineer.

In his early 20’s Morton began his career in editorial at RKO Pathé working in animation. After honing his skills at a small commercial company, he started his own business in Manhattan, CineMetric, the first fully integrated production and post-production services company. Here, Mr. Fallick created commercial campaigns for Madison Avenue’s largest advertising agencies. He also directed and produced documentaries, government and corporate films, edited television pilots and series, and motion picture trailers.

As CineMetric grew rapidly and hired dozens of employees, Mr. Fallick mentored many newcomers eager to learn film editing. Oscar winner, Craig McKay, ACE, Oscar nominees Barry Malkin, ACE and Richard Marks, ACE and many others got their start at CineMetric and its subsidiaries.

After many years of producing and directing commercials for products like Coppertone, Pepsi, PanAm, Clairol and many more, Mr. Fallick left New York for California to focus on motion picture marketing. In California he created more trailers, directed behind the scenes and produced some of the earliest electronic press kits for legendary directors including, Steven Spielberg, Clint Eastwood, Barbara Streisand, and others.

In later years Mr. Fallick cut television shows including Moonlighting, South of Sunset and Capitol News. Next, he teamed with another film legend, graphic artist and title designer Saul Bass. Together they created title sequences for Martin Scorsese’s Cape Fear, Goodfellas & The Age of Innocence.

In retirement, Mr. Fallick and wife Marilyn moved to Palm Desert, CA. There, he continued his higher education completing an Associate Arts degree in Psychology at UC Riverside College of the Desert. Later, they moved back to Los Angeles to be closer to their children and grandchildren. Back in LA he participated in activities with the American Cinema Editors, (ACE) and taught aspiring editors at UCLA Extension.

Mr. Fallick was predeceased by his life-long love, Marilyn, nee Suchow, his wife of 46 years and his eldest son Jeffery. He is survived by three children and their spouses, Lawrence Jordan (Laura), Randi Denbesten (Steven), and Allison Mupas (Aidan). He is also survived by his sister Barbara Marks (the late Richard) and seven grandsons, Joshua Mupas, Spencer & Cooper Jordan, Kayden, Griffin & Mason Denbesten and Jett Miller, all whom he loved dearly and who cherished his humor, kindness, and wisdom. Morton would often recount how blessed he was for his wonderful wife, rewarding career and loving family.

Donations in Mr. Fallick’s memory can be made to the Motion Picture and Television Fund in Los Angeles, his home of the last six years. There will be a memorial ceremony in the future at Mount Sinai Memorial Park in Hollywood Hills CA.