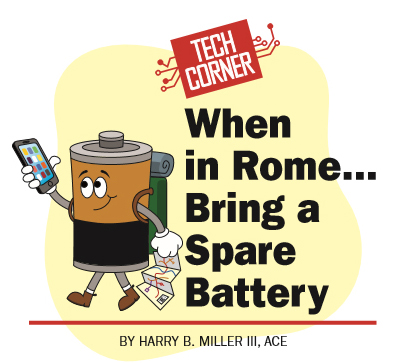 Traveling to foreign lands to work is one of the exciting aspects of editing. Today nearly everything is being shot in distant locations. Not always, but sometimes the editor gets to come along. There are a few things to bring along when you travel. Well, one essential thing: a phone.

When a phone was just a phone, it was pointless to bring it on a foreign trip. Who you gonna to call, presuming you can figure out the correct sequence of digits to actually make a call? In Hungary for example, my current location, a phone number has 11 digits. A US phone has 10. But what you actually need to type/dial is confusing. The country code for Hungary is 36. But to reach someone locally, you dial 0-6. What? International phone calls are totally confusing. Best to just not call anyone.

But today a phone is your most important possession in a foreign location. Here are some essential phone apps for foreign work/travel.

Google Maps: If you’re going to surrender all of your privacy and data, at least give it to a company that delivers a good service. Maps is amazing. You know exactly where you are on a map pretty much anywhere that has cell service. And by giving a destination by typing, talking or just pointing to the map, Maps will direct you by car, public transportation or foot. Yelp has no presence here, so restaurant and shopping recommendations and reviews also are available in Maps. I would literally be lost without it.

Currency Converter: Hungary uses two currencies, the Forint and the Euro. Hardly anyone uses Euros, so one has to figure out the conversion between Forints (HUF) and U.S. dollars. Currency Converter is free (with ads), quick and easy. That 1,000 HUF sounds like a lot of money until you convert it to the $3.45 it is actually worth. Not a simple exchange rate. 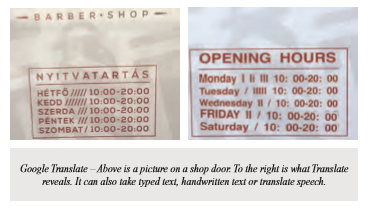 Google Translate: This app is amazing. Point your camera to any foreign language text and Translate will give you the English translation in real time.

According to Wikipedia: “The Google Translate app for Android and iOS supports more than 100 languages and can translate 37 languages via photo, 32 via voice in ‘conversation mode,’ and 27 via real-time video in ‘augmented reality mode.’”

WhatsApp: This is a text-and-talk app between two agreeing parties, i.e. no spam calls or texts so far. It works over Wi-Fi rather than a cellular connection. Thus it is limited, but it can make local and international texts and calls. For free. 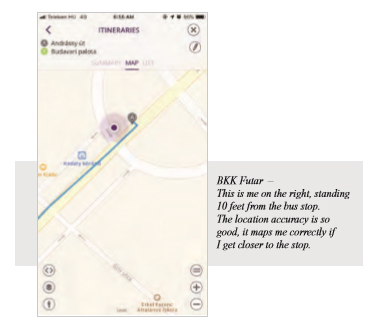 BKK FUTAR: This is a specific app to the Budapest public transportation system, but similar apps exist in other international cities. Budapest’s transit system is extensive and excellent. Not unlike Google Maps, BKK Futar first will identify your location. You then type in where you want to go, and it calculates several routes to get there. The various steps can include by foot, bus, electric bus (trolleybus), tram, suburban railway and underground metro. A separate page lists every step on your journey. And in real time it shows your exact location on a map as you are traveling.

Bolt: Uber, the unregulated ride-share service, was banned in Hungary in 2018. Bolt is an app and cab service that is its closest replacement. It is very simple. Register with email and phone, add a payment credit card, order a pickup and tell them where you are going. A map will show where your driver is at, and give steady updates on when you’ll get picked up. Drivers will also take an in-car credit card or cash. 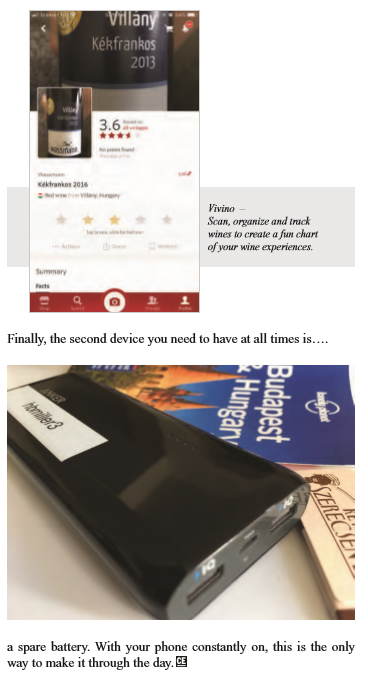 Apple Wallet: Oh my, is this a revelation. Apple Wallet for iOS can store a credit/debit card. When you need to pay for something at a store or restaurant, a mobile card reader is brought out. The amount is typed in, then you hold your phone over the handheld device, it is detected by the phone, you approve the transaction on your phone via fingerprint (in my case), you then see a check mark and hear a ‘ding,’ and you’ve just paid your bill electronically. No card swiping, no potential card number skimming like at U.S. gas stations. Perfectly secure. And paying electronically is ubiquitous in Budapest. If I can avoid it, I am never taking my credit card out of my wallet again. Wallet can hold multiple credit cards, Apple Pay, and any other secure document you need to store … like a return plane ticket.

Genius Scan: This takes a picture of a document, allows you to straighten and crop, then creates a .pdf file. A mobile scanner with only your phone.

Hotspot Shield: A reasonably useful VPN, or Virtual Private Network. It is designed to mask your identity over public wifi for

Vivino – Scan, organize and track wines to create a fun chart of your wine experiences.
more security, and to make it seem like you’re connecting to the internet from Uzbekistan.
Mobile Passport: When returning to the United States you have to fill out a document about your journey, get a picture taken, then wait in line to get through customs. Mobile Passport speeds that up and (I’m told) gets you into a shorter line.

Finally, the second device you need to have at all times is….a spare battery. With your phone constantly on, this is the only way to make it through the day.