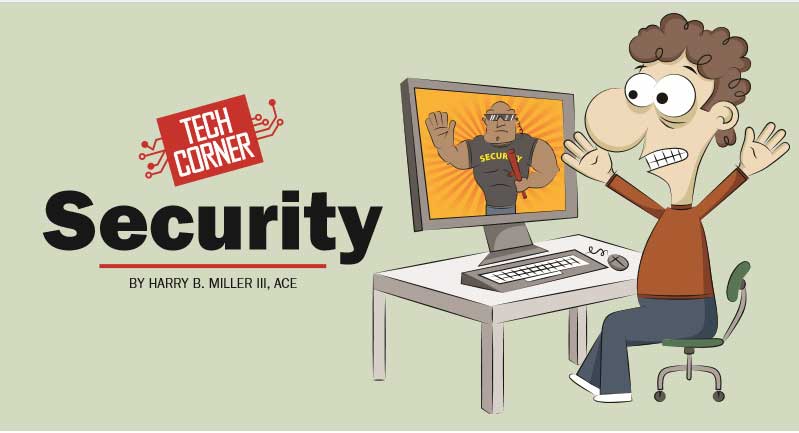 I pulled up to the gas station pump, got out my debit card, swiped and entered my PIN on the keypad. Ooops. Absentmindedly, I had typed the PIN for the other card I commonly use.  No worries: I’ll just type the correct one. Erp. No go. The pump showed the message: “Pay at the cashier.” I tried another pump. Same message. Now I’m mad. And not willing to give in to a cashier.

I drive to another station. Same message. This card has been completely disabled. Then, my cell phone pings with a text message: “Did you use card **** at a gas station on 01-09-2019?” Um, yes. How did you know? After confirming the failed transaction, a new message said: “You can attempt again after five minutes.”

The speed in which this transaction error was caught and my card disabled was a stunner. How many millions of credit/ debit card transactions are there every hour, around the world, and my error was instantly caught?

Actually, I looked it up. According to the National Association for Convenience Stores, 29 million Americans use a credit or debit card for gas every day. It’s more understandable when you realize that what’s called skimming to get debit card information at gas stations is a big problem. I’m happy the banks are keeping such a watch on card transactions.

But security gets dumb when the wrong people make the decisions. On a recent television pilot, I was planning on bringing in my own Avid CPU, which I’ve customized to be extremely fast, with all my software add-ons. The post supervisor told the studio (thanks, jerk). And I got the following restrictions from the studio.

My computer had to have: Minimum of 16-character passphrase is utilized for login Full disk encryption (fileVault2) is enabled on his machine Endpoint protection must be installed The Avid will not have any internet connection (we DO NOT allow internet connection on Avids) I nearly walked away from this job.

I couldn’t imagine being able to work with these restrictions. The killer restriction is what’s called ‘endpoint protection,’ which means no USB device can be attached. That would mean I couldn’t access my library of sound effects, music and visual effects videos.

But after talking to the editing facility that was providing the rooms and Avids, it became clear that these restrictions were unlikely to be imposed. And, it turns out, none were. What was imposed was the producers were not allowed to view the show online at any time. Even though the secure video sharing service was DAX, a competitor to PIX. And the director was limited to short, one-time windows to view cuts.

Avid Technology Has Been Very Busy
If you haven’t kept up with the latest versions of Avid’s Media Composer, you’re missing out on a lot of great features. The trend of software companies is to label their software by the year and month. It sort of helps to justify them charging monthly subscription fees, rather than selling the software outright.

Avid’s 2018 feature additions include:
New button commands including ones to move clips up or down one track, and to change timeline views.

Timeline clip notes:
You can add a note to individual clips in the timeline, which can be edited in a notes window. These notes can be displayed on the clip and output in an edit.

Spanned Markers:
Marking an in/out then clicking Alt/Option Add Marker places a line on the timecode track. I’m currently using this to show another editor what section in each reel I’m working on.

Move a marker to a different track in the Edit Marker window.

Monitor resizing:
The Composer window has fewer size restrictions than before, and a single monitor can be much larger than ever before.

Title+:
A redesigned title tool has been added. It is intended to be faster and more versatile. It is, however, having substantial growing pains.

Sixty-four tracks of video: (Hmm. Not sure this is a good thing…)
Adding a video effect (like 3D Warp) between a Mark In/Out, without having to Add Edit to constrain the effect. One of the longest-standing feature requests is now implemented: Live Timeline. While the timeline plays you can zoom in or out, add and edit markers, move Avid windows, open some tools, work in other applications, all without the timeline stopping play. Also added are the abilities to activate solo and mute buttons and adjust clip audio levels.

Background bin auto save:
It doesn’t work quite as I had always hoped, but it does save the ‘dirtiest’ bin according to the
Auto-Save setting.

In addition, Avid has redesigned the terrible Application Manager, replacing it with Avid Link. It is still something I avoid unless necessary. However, there is a section called Lounges. It has numerous discussion forums. More importantly, it has a Feature Requests section. Hopefully, someone is reading those.

The downside of this new software is that when you turn off  Wi-Fi, you get a message: “Account Offline. Currently working in offline mode.”

That is creepy. It shows how much of our online activity is being tracked.