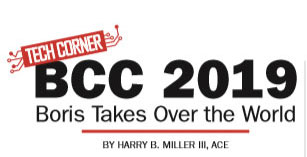 In 2014 Boris FX acquired Imagineer Systems, which developed the Mocha Pro tracking software. Then in 2016 Boris FX acquired GenArts, the software maker of the VFX plugin, Sapphire. That puts three of the top VFX plugins for multiple nonlinear editing hosts (Adobe, Avid, OFX, Final Cut) under one corporate roof. It has recently released updated versions of all three programs. And BCC 2019 is a great tool, with some significant new features.

Temp VFX are important to telling a story, and BCC is essential to my workflow. The hard part of using it is understanding just how many things it can do. Then you have to try and learn how to use them. Every so often I go down the rabbit hole of trying one filter after another, going through the myriad of presets, just to see what each one does. The latest update provides a lot of powerful new and updated tools.

Mocha Essentials: One of the best aspects of the latest BCC is that Mocha’s tracking tool is built into many of the plugins. While Mocha Pro remains a standalone tracking program, it is very useful creating split screens and screen replacements. But with Mocha built into BCC many of the plugins and effects are easily trackable into a shot.

The Mocha tracking tool within the Film Damage plugin is shown in previous image. It takes some time and editing, but Mocha will accurately track the movement of this plane through the frame, and apply the filter to the plane. Here is Film Damage applied outside of the tracked plane.

Primatte Studio: Not new, but a recent addition. It is a quick, efficient and very versatile color-key effect. Similar to Avid’s SpectraMatte, but it contains many more controls. It features an onscreen widget that makes setting and refining a green/blue screen shot very easy. And it has controls to soften and choke the matte you’ve created. And then there are Masks. You can use the built-in Mocha tracker to add a mask shape and track it in the shot. Think of it as if you had Animatte within SpectraMatte. Only on steroids. Here is the record monitor with a freshly-applied Primatte Studio plugin. With a few clicks, you can replace the blue with a new background.

And here is the shot with the replaced background. I used Mocha’s masking tool within Primatte studio to refine the key effect.

Title Studio: This is an update of their title tool. The built-in title tool of most NLEs is usually very serviceable. BCC Title Studio is for very advanced motion graphics, with many different textures and options. Title Studio opens in its own interface, with a keyframeable timeline. It takes some serious study to understand all of its capabilities. Most recently, I was able to create type on text for the opening of a film. Something I was not otherwise able to do with Media Composer’s default title tool. Although reminiscent of Avid’s Marquee title tool, BCC’s title tool is quit a bit easier to manage and operate.

Particle Illusion: PI was a stand-alone VFX plugin (ParticleIllusion) which Boris has integrated and updated (another acquired VFX program). It is hard to describe what PI does: It starts with emitters that create particle imagery. It can have multiple emitters whose properties change over time. The parameters are key- frameable. What is it used for? One can only use their imagination. PI has a crazy number of particles to choose from: abstract shapes and motion like Blue Tendrils and Warp Pool, backgrounds like Hypno Area and Bamboo Wave, creatures such as Single Eagle.

Then there are whole categories like Explosions, Fire, Fireworks, Magic, Sci-Fi, Smoke, Snow, Space … you get the idea. As with many of the newer BCC filters, Particle Illusion uses its own interface to design and modify the filter’s parameters. Here is a PI effect with 10 different particle effects applied. 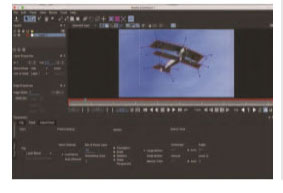 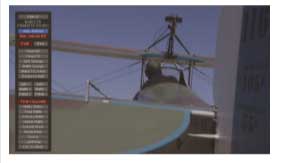 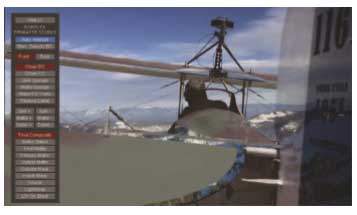 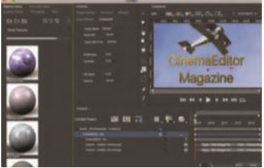 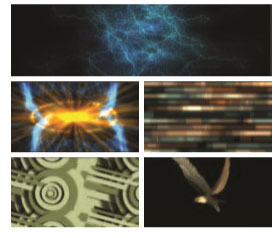 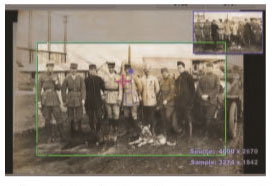 Pan and Zoom: Although not new, it has been slightly refined. While cutting a documentary about Americans flying for the French air service in WW1, I used this many times for linking to uncompressed images, and animating camera moves. This was successfully used to offline and then online a short version of this project at the video facility, Alpha Dogs. The animation didn’t have to be created in a separate application, and the full resolution of the image could be used. Here the record monitor shows the applied Pan and Zoom effect. The green bars show the final frame. The upper right shows what it will look like. And the lower right shows the size of the original image.

For more info on how to use these BCC plugins, go to Borisfx.com/training where you’ll find many training videos. Also, Kevin P. McAuliffe has created numerous training videos which can be found on YouTube (Lets Edit MC){sic}, Facebook (LetsEditwithMediaComposer) and Twitter (@LetsEditMC). I keep trying different video and audio plugins to see what helps to better tell stories in interesting and complex ways. But because Boris is taking over this world, I now only have to send my credit card to one place…