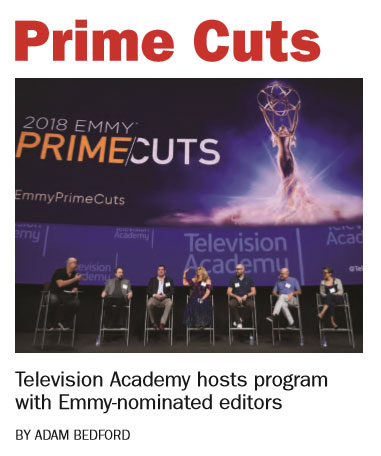 What makes a good editor? “Listening is key. Listening to what directors and producers want and getting them there quickly,” according to Chi-Yoon Chung, a panelist at the 12th annual Prime Cuts event which celebrated the 2018 crop of Emmy®-nominated editors at the Television Academy’s Saban Media Center on Saturday, September 29.

Prime Cuts is an annual event staged by the Television Academy to showcase the work of its Emmy-nominated editors. Moderated by veteran showrunner Shawn Ryan (The Shield, Timeless, S.W.A.T.), the panel discussed their work along with the state of television editing today.

Chung started in the New York theater scene before transitioning into editing as an assistant for 15 years, an experience she found invaluable. “I went in cold knowing nothing about the equipment and learned everything on the job,” she said. As an assistant, Chung learned how to triage problems and communicate with different departments. “Assistants are the brains of the cutting room. You’re running the show.”

Veteran sitcom editor Brian Schnuckel discussed his time working on the original Roseanne series, its short-lived reboot as well as the new spinoff, The Conners. 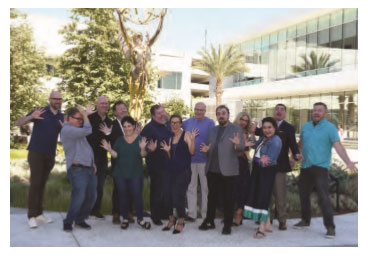 Unlike other genres, sitcom editors are usually on set during shoots and reshoots to get a sense of what works and what doesn’t work ahead of the edit. Schnuckel’s biggest challenge in sitcom editing is time. “You’ve got 21 minutes and 30 seconds to make the best show you can and these shows usually come in long.” Mary DeChambres, ACE, talked about how she discovered the art of editing while working as a public high school arts teacher. Her transition into the business began at reality TV company Bunim-Murray as a tape operator. There she learned her craft from editors on shows like The Real World. “Cutting from tape to tape is a laborious process with little room for error,” she said. “But watching shows cut on tape this way taught me how to think through scenes before I cut them.”

DeChambres is currently one of 14 editors (plus eight assistants) on American Ninja Warrior and keeping the content engaging is a constant challenge. “When you’re watching 25 people do the exact same course, the only way to make it interesting and fresh are the personal stories,” she said. After two years cutting athlete packages on ANW, she said she earned the nickname, ‘Mary Pop-ins.’

This was Meiklejohn’s first Emmy nomination. Neil is a former ACE intern who started in the business at post house Rock Paper Scissors, working in various genres including music videos and documentary. Meiklejohn was able to transfer some of his promo cutting skills into Netflix show Wild Wild Country, specifically with regard to rhythm and timing of interviews and archive footage:  “You don’t want to be watching a slideshow,” he said.

Kyle Reiter was a double nominee for single camera picture editing for a comedy series at this year’s Emmys, having been nominated for both Barry (HBO) and Atlanta (FX). When asked about the differences in cutting these shows, (which are very different tonally) Reiter shared that “Atlanta is more texture driven and Barry is more expositional and plot driven.” U’Ren said he believes that editing hasn’t changed from a creative standpoint since the introduction of the NLE. “It’s about making someone’s vision come to life.

In the end, it’s about working with good people who make you better.”