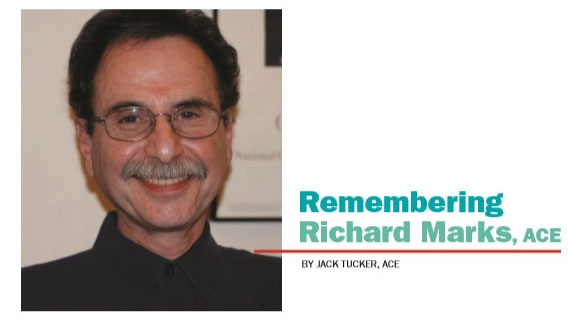 Over his five-decade career, Marks – a 2013 ACE Career Achievement Award recipient – earned four Oscar® nominations, for Apocalypse Now, which he edited with Walter Murch, ACE, Gerald Greenberg, ACE, and Lisa Fruchtman, ACE; Terms of Endearment; Broadcast News and As Good as It Gets.

He left his mark on many additional classics such as The Godfather: Part II, The Last Tycoon (1976), Dick Tracy, Pennies from Heaven, You’ve Got Mail and Pretty in Pink.

Interestingly, Marks had never intended to enter the film business. He liked movies, but he had no knowledge of how they were made. Marks was an English literature major and he needed a job when a friend recommended that he work in an editing room for a company making commercials for television. It was either that or go on to grad school. Fortunately, Marks chose the editing room.

In that environment, he began to see the magic that editors create when they manipulate time and space. “I suspect that what attracted me to editing was that you get to control what happens on the screen,” said Marks. After a while he decided that editing “fit my personality well.” In New York there was much more fluidity than in Hollywood. That city never had the big studios to contend with. You could move back and forth between television, commercials and features without fear of being pigeonholed. In Hollywood there was much less crossover.

Success in a film-editing career depends as much on luck as on talent. And Marks managed to secure a position on the sound crew, run by Alan Heim, ACE, that was working on a film being edited by Dede Allen, ACE. 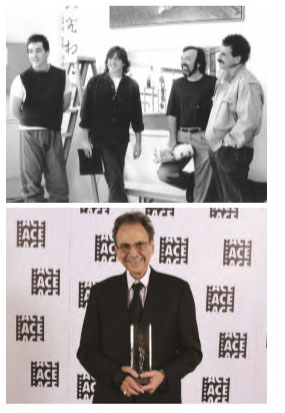 When Allen was scheduled to begin editing Alice’s Restaurant for director Arthur Penn she found herself in need of an assistant. Marks actively campaigned for the job. He asked everyone he knew to put in a good word for him and Dede agreed to try him. Unfortunately, he did not have the two years as an apprentice completed to move up to assistant and the New York local wouldn’t let him take the job. Luck intervened, and the film was delayed three months which made Marks eligible to assist.

Allen was the greatest school for young film editors that ever existed. She was a natural teacher and loved to explain things to her assistants. Marks became one of ‘Dede’s Boys’ as her assistants were called. She offered Marks the chance to cut a scene. He wasn’t so sure he could do it, but she was very encouraging. She gave him film and set him to work. Afterward, they would run the scene and she would suggest other approaches to the material. Her suggestions were always positive and never critical.

When they moved on to Little Big Man (1970), Dede gave him credit as an associate editor. Marks became a full editor in 1972 with Parades and Bang the Drum Slowly. He co-edited Serpico with Allen and joined Peter Zinner, ACE, to edit The Godfather: Part II. He began working with many talented directors such as Francis Ford Coppola, Elia Kazan, Penny Marshall, Arthur Penn, James L. Brooks and Nora Ephron. Many of these collaborations were repeats. When asked about the reason for this Marks stated that to have a successful relationship with a director that they need to “share your taste or have respect for your taste.” Said Marks, “Filmmaking is all about story and character.”

It was his devotion to these concepts that made him such a great editor. “I’ll show my wife a rough cut while beating myself up ab 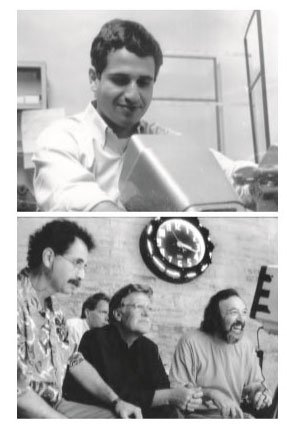 out it being terrible but she always knows when it’s going to end up great. She sees the potential.”

Marks decided to relocate to Hollywood and in those days the East Coast and West Coast unions were separate. He needed to join the West Coast local to do Hollywood pictures. The Guild didn’t want to let him in and Marks almost had to sue them to become a member. Fortunately, today the Guild is national.

Larry Jordan introduced Marks into the world of the Avid when they were doing Riding in Cars with Boys (2001). Though he loved working with film and the immediacy of handling the negative, he took to the new technology. Many a veteran didn’t – and abandoned their careers. Marks continued on and learned to be as proficient on a computer as on a Moviola. Besides being a working film editor, Marks taught film editing at the UCLA Graduate Film School with his wife, Barbara.

One of their students was the Oscar-winning writer and director, Alexander Payne. In addition to his Oscar nominations, over the course of his career, Marks was nominated once for an Emmy®, three times for a BAFTA® Award and four times for an ACE Eddie.

Marks is survived by his wife, Barbara, who was the great love of his life. He was the father of Leslie; and grandfather and great-grandfather of five and brother of Elinor Ruda. He will be remembered by the people he mentored and taught, and for his kindness and great talent in the editing profession.