In Memoriam – Murray B. Jordan, ACE 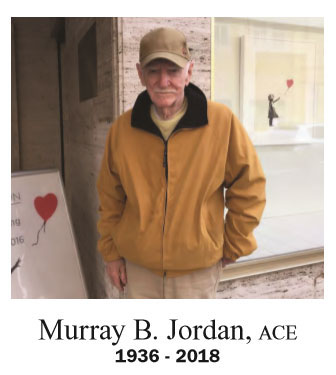 Murray Jordan, ACE, passed away on July 1 at his home in Elche, Spain. He was 81.

He had the advantage of working for both legendary directors, Richard Brooks and Sam Peckinpah.

Jordan came a long way from Bremerton, Washington, where he was born on October 5, 1936, the son of Jack Jordan and Margaret Leighty. Jordan’s entrance into the entertainment business came from his father, Jack Jordan, who alternated between a naval career and being an actor.

In 1945 his youthful sons, Murray and Keith, made their acting debut playing the children in the national touring company of the Broadway hit, Life with Father. Acting did not claim him, but Jordan did love movies and had an almost encyclopedic knowledge of movie history.

The Jordan family moved to Hollywood and Murray finished his high school education at Hollywood High.  In 1966 he entered the film industry with the help of director Richard Brooks who was impressed with Jordan’s knowledge of film history. He helped get him in the Editors Guild. Jordan met Brooks through his wife who was the personal assistant and stand-in to Brooks’ actress wife, Jean Simmons. 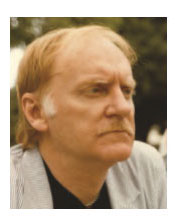 He apprenticed under Peter Zinner, ACE, who was editing Brooks’ film, In Cold Blood (1967). That went well, and Jordan moved up to assistant editor on Brooks’ The Happy Ending edited by former ACE President George Grenville, and then also edited  by Grenville. The latter film was edited in Hamburg, Germany. After completion of the film he joined the editing team for Cross of Iron (1977), Sam Peckinpah’s World War II epic of the Russian front. Besides editing, Jordan worked as the second unit director on the production and was associate producer. Jordan was associate producer and editor for John Derek on Fantasies and then he directed a German feature in 1983, Happy Weekend.

Returning to Hollywood he edited a number of documentaries, television series and specials such as Happy Anniversary 007: 25 Years of James Bond; Gary Cooper: American Life, American Legend; The New Gidget and The Dukes of Hazzard. He also worked on the 60th Annual Academy Awards®. Jordan’s love of filmmaking gave him the background that led him to becoming a producer.

He supervised the production of Cops from 1989 to 2009; and produced The New You Asked for It and Smile… You’re Under Arrest!

He was married four times. In 1958 he married Sally Parks and briefly moved to Chicago. His second wife, Oliva, led him to Richard Brooks and with his third wife, Margit, he had a daughter. When Jordan’s fourth wife, Maria Remiro Brotons, passed away in 2009, he retired and moved to Elche, Spain, to be near her family.

He was a man for all seasons and lived a full life while contributing to our craft. He is survived by his brother, Keith; his daughter, Vanessa; and two grandchildren. –Jack Tucker, ACE