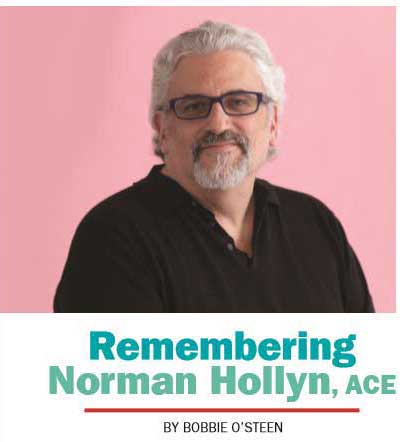 Norman Hollyn, ACE, was, as his beloved wife Janet Conn described him, “a renaissance man with vast intelligence, a huge heart who gave and received immeasurable pleasure from his life.”

He passed away on March 17, at the age of 66, from a coronary embolism and subsequent cardiac arrest after doing what was truly his calling: sharing his knowledge with students in Yokohama, Japan at Tokyo University of the Arts. His passion for teaching, editing and filmmaking played out in remarkable ways and had a seismic impact on many lives.

He was born in New York on May 11, 1952, and graduated from Stony Brook University with a degree in Theater Arts in 1974. That same year, the seeds of his career were planted when he landed in the cutting room as apprentice sound editor on Bob Fosse’s Lenny. 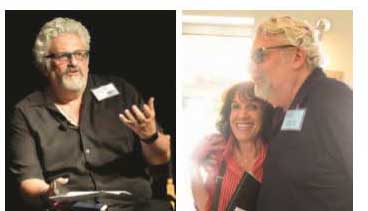 He subsequently worked on many other films that were directed by legends of that era – examples being: apprentice film editor on Sidney Lumet’s Network (1976), assistant music editor on Milos Forman’s Hair (1979), and then he hit his stride as a music editor on such films as Alan Parker’s Fame (1980), Alan Pakula’s Sophie’s Choice (1982), Francis Ford Coppola’s, The Cotton Club (1984) and was the music supervisor on Arthur Penn’s Four Friends (1981).

In 1985 he became a film editor on the Emmy® Award-winning television series, The Equalizer, and another Emmy-winning series, American Playhouse (1988), along with other television shows, including Oliver Stone’s miniseries Wild Palms (1993).

He moved to Los Angeles in 1990 and eight years later his esteemed career as a teacher began at USC’s School of Cinematic Arts. He became a tenured associate professor in 2005, a full professor in 2011, and was head of the editing track for over 12 years. 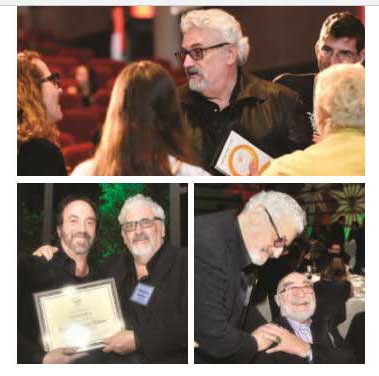 He was instrumental in changing the track from film to digital editing, as he continued to help his students hone the art and craft of storytelling. In 2013 Norman was also honored as the first recipient of the Michael Kahn Endowed Chair in Editing. Norman was a gifted communicator with endless energy.

He wrote nearly 100 articles in many magazines and peer-reviewed journals and two highly-influential books. The Film Editing Room Handbook: How to Manage the Near Chaos of the Cutting Room – published in 1984 and recently printed in a fourth edition – became pretty much a bible for novice filmmakers who were trying to navigate the world of editing.

Both nuts and bolts and conceptual, Norman’s book dealt with the art of collaboration and work politics, as well, and was written with his characteristic clarity, wisdom and humor. His second book, The Lean Forward Moment, published in 2008, which he called “a book about shaping stories across all filmmaking crafts,” was steeped with insights and strategies for recognizing and crafting compelling cinema and effective stories.

Norman did podcasts, online lectures, had his own blog and recently completed an online course at Lynda.com called “The Art of Editing,” which inaugurated their push into aesthetic classes. He had also lectured on storytelling in China, Jordan, Finland, Malaysia, Brazil, Israel, Astonia and Mexico and for companies such as DreamWorks, Pixar, ITV, Globo Television, Fortune, The Philadelphia Inquirer as well as for NATPE, and the Hollywood Black Film Festival.

He was President of the UFVA, the largest association of production-based cinema university professors, and was a member of ACE, Academy of Motion Picture Arts and Sciences and IATSE. Norman led many panels for NAB and for EditFest, the latter based on his “Lean Forward Moment,” where editors would choose favorite scenes that had inspired them, which engendered many lively discussions. 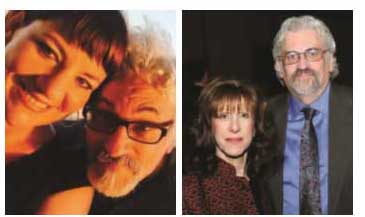 He had also led panels for numerous conferences around the issues of emerging media as well as AI. Norman had, in fact, described himself as “a media expert,” in reference to his experience in the old and new media worlds.

In the midst of listing many of these achievements for his bio in the EditFest program, he inserted the sentence: “He clearly specializes in run-on sentences.” How Norman, to show a healthy sense of pride and then such self-effacing humor.

The specifics of his accomplishments are impressive, but Norman’s influence is indescribable. It’s impossible to enumerate and explain the effect he had on virtually everyone he met and knew: how many students he mentored and continued to stay in touch with years after they graduated, how many careers he helped support and shape, how many people he encouraged when they were discouraged, uncertain or ignored. How many personal lives he enriched.

My friendship with Norman hit the ground running – which is not a unique statement in the Norman World – when we met at EditFest New York 10 years ago, the beginning of our moderating panels back to back every year at EditFest LA, as well. I immediately basked in his warmth and kindness and experienced his sense of fun, his towering presence, the unruly white hair, the sparkling eyes, that infectious laugh. He had this amazing ambidexterity: being totally focused on you and at the same time affectionately greeting and fully engaging with the stream of people who would inevitably flow to him.

As the years went by, I experienced what many have described: how he could just pick up on a conversational thread six months later, as if no time had passed. He had an extraordinary memory and follow-through and made everyone feel special.

At every EditFest and Eddie Awards, he was like the mayor, the grand greeter, the ultimate mensch, giving everyone a hug. He had unlimited ideas on how to connect people with each other to further their goals. “Good ideas come from everywhere,” he once said. And he always had good ideas. Ones stature was completely irrelevant. He would respond to everyone. In fact, I don’t think he ever said no. “Keep in touch” is an easy phrase that few people mean completely, but he meant it.

I would witness those same interactions at the Eddie Awards, and when I saw him this year at that ceremony. He was excited, like a big kid, talking about what he was going to do during his sabbatical from USC. He planned on writing two books for Oxford University Press: an updated edition of The Film Editing Room Handbook and a new version of The Lean Forward Moment, focusing on storytelling/filmmaking in other countries.

He conducted interviews with filmmakers in South Africa in February and had planned to continue this spring to interviewing filmmakers in the Czech Republic, Poland, Estonia and Bulgaria.

As he talked about his upcoming adventures, his wife Janet was, as usual, by his side. He always reintroduced her, acknowledging her as his better half. And she always had this serene smile and gave him the space to do his thing. They clearly had a lovely partnership and rich marriage. Janet described their having “endless conversations that naturally evolved about everything.”

She spoke of their daughter Elizabeth, as “the light of our life. The depth and breadth of her intelligence, her art, creativity, excellent friends put us in constant awe of her. We loved being together as a family, which also included our dogs Renton and Jasper (RIP). Family dinners at home, in restaurants, with Elizabeth and her friends and our friends.

We are fortunate to have a multi-generational life. We love our home so, so much. Brings back memories of Italy – having Aperol spritzers in the garden. Friendship, art, design, technology, travel, books, politics, great storytelling in film and TV all made the circle of our life. Our glasses were filled, as Norman once said, ‘We have a charmed life.’ We felt very grateful.”

When Janet wrote this description of their life together, she noted, “The tenses aren’t consistent. I still think of Norman in the present.” I think we all do. Not just because of the disbelief that he is gone, way too soon, but because we still feel him with us.

“You will never be forgotten” is a cliché but in this case, simply a fact. We will always love you, Norman. Thank you for all that you gave us.