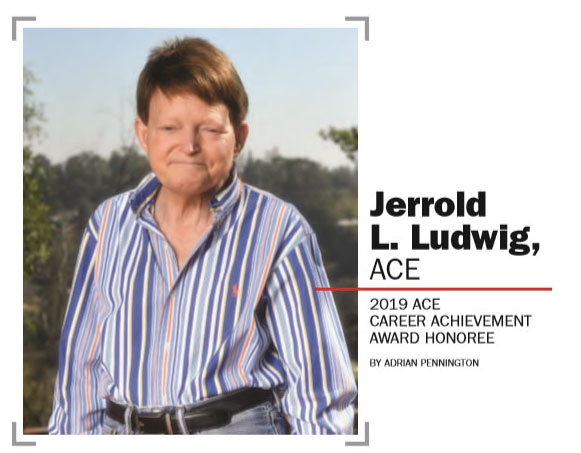 If the hallmark of every successful editor is to have elevated all the material they touch few can have done so as consistently and with as much humility as Jerrold (Jerry) Ludwig, ACE. He scaled the Hollywood ladder from messenger boy to go-to editor for some of the most acclaimed TV specials of the 1980s and 1990s. 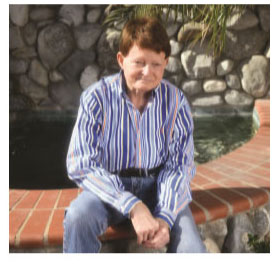 Beginning in the first golden era of episodic drama, his four-decade long career is studded with multiple ACE Eddie and Primetime Emmy® Award nominations and wins. Ludwig’s father and uncle were immigrants to the United States from Russia. His mother was from Chicago and met his father, settling in Los Angeles where Jerrold was born in 1941.

While his father worked as an accountant and his mother a homemaker, it was his uncle Edward who had a lasting influence on Jerrold’s career. Edward Ludwig (born Isidor Litwack) was a silent movie actor turned prolific director of shorts in the early days of Hollywood before directing dozens of B-movie features including The Fighting Seabees (1944) starring John Wayne, Caribbean Gold and The Blazing Forest (both 1952). 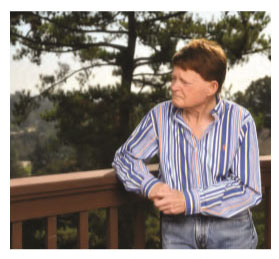 While the young Jerrold visited the local cinema for regular Saturday morning shows just like millions of other kids, he had a unique exposure to the industry from his uncle who lived in the same duplex apartment. “He lived above us and so I got my film knowledge from him,” says Ludwig. “I remember him saying that a good way to become a director would be to go through editorial which kind of put it into my mind that the movies was something I wanted to do.”

Edward managed to secure his nephew an interview at Universal with head of the art department responsible for designing posters and trade ads. “They were looking for a bike messenger so I said, ‘Sure, I’d love to,’” Jerrold recalls. “My duties basically included peddling from the facility where we were through the lot to the photographic department and back again.

I remember seeing Gene Kelly once, but not too many other big stars.” This was in the early 1960s and Jerrold had his mind set on climbing the next rung of the ladder. “I’d pass the editorial department and go in and ask if they needed anybody.

They asked if I was in the union. I wasn’t of course, so they just told me to come back. I did this I don’t know how many times. It was always ‘come back next week, next month, next year.’” His persistence finally paid off, however, when he landed the job of apprentice film editor on the Universal lot. “In those days it was all about hot splicing picture positive for the editor. You’d sit at a bench and hook up a reel of cut film opposite an empty reel then you’d make your hand into ‘scissors’ with your second and third finger and crank the empty reel.

When you hit a splice – and you’d know this because it would ‘pop’ in your fingers – you put glue on one side of the reel and used a machine to bring the two reels together and effectively heat seal the join. You’d do that day after day reel after reel.” Universal at that time was churning out dozens of popular syndicated TV shows like Alfred Hitchcock Presents, Laramie and The Virginian in what was arguably the first heyday of TV drama.

Ludwig was involved at ground level, picking up the rushes which came in from Technicolor and then, separately, the sound from another building across the lot, then syncing the material together before bringing it to the editor. “I’d hang out late or come in early and see how assistant editors would put the material together for dailies viewing later that day,” Ludwig says.

Among his mentors at this time were editor Frank Morriss (Romancing the Stone) and Jack Webb, an actor (Sunset Boulevard) turned writer and producer of hit cop-series Dragnet. “He had a lot of power around the set and the studio,” Ludwig says.

“I brought a dailies reel to him one day which unfortunately had the audio out of sync with the picture. He hated that. He’s sitting there with four or five other people and he leaned over and glared, ‘I presume the rest of reel is out of sync too?’ I replied, ‘No, just that one scene’ and thank god I was right – everything worked just fine after that.’”

Ludwig soon gained a reputation as a go-to guy for projects that were short of a helping hand. He worked for Douglas Stuart, already an experienced editor who went on to edit Invasion of the Body Snatchers (1978) and The Right Stuff (1983) and with whom Ludwig shared editing duties on Rich Man, Poor Man – Book II (1976-1977). This sequel to the hit miniseries, Rich Man, Poor Man, earned Ludwig his first Eddie and Emmy nominations. “Doug would always say that people watch a picture with their ears.

I wondered what that meant but if you think about it if you can keep the sound going then you can cut a scene all you want and the story will remain intact. That was good advice because it inspired me to attempt some crazy things with the picture and as long as the sound was consistent it worked out great.” Remarkably, Ludwig stayed at Universal for 14 years working on shows like Wagon Train, McHale’s Navy and Ironside, assistant editing the documentary, Survival of Spaceship Earth (1972), and earning sole editing credits on shows such as A Question of Answers (1975), and episodes of classic detective series Kojak (1975-76) including “Life, Liberation and the Pursuit of Death” (1975).

Then, in a career turning point, he struck out on his own. “I decided to try my luck and go independent, as a freelance editor under my own steam,” he says. “It was one of the riskiest but most rewarding decisions I ever made. I was very fortunate that time and time again I worked with good people.”

Ludwig was soon in demand. For director Lou Antonio he made The Critical List (1978), The Chinese Typewriter (1979) and Silent Victory: The Kitty O’Neil Story (1979), a true-life story about a young girl (played by Stockard Channing) who overcame her deafness to become one of the top stuntwomen in Hollywood, which earned Ludwig a second Eddie nomination.

In 1981 he won an Eddie for crafting Kenny Rogers as The Gambler, a TV special starring the singer which also netted Ludwig an Emmy nomination.

A year later he was Eddie nominated again for the TV special thriller, A Gun in the House,but it was an invitation from director John Erman to edit his next feature which took Ludwig’s career to another level. “We just got along really well from the get-go,” Ludwig says. “He was a hot property at the time and luckily I was part of that streak.”

The first movie of the week they made together was Who Will Love My Children? based on the true story of an Iowa farm wife whose dying wish was to find loving families for her nine children. Starring Ann-Margret and Frederic Forrest, the feature netted Ludwig a second Eddie win. Next up was A Streetcar Named Desire (1984) an acclaimed adaptation of Tennessee Williams’ 1947 play for ABC starring Ann-Margret and Treat Williams which garnered both an Eddie and an Emmy award for Ludwig, one of the show’s 11 Emmy nominations.

They followed this with An Early Frost (1985) for NBC, recognized as the first drama tackling AIDS to be commissioned by a major network. In it, Aidan Quinn plays a young lawyer who not only has to tell his parents (Gena Rowlands, Ben Gazzara) about his homosexuality but he has also to reveal he has been diagnosed with AIDS. “I tell you, NBC were terrified,” recalls Ludwig. “They were scared to death about putting this film on air. But credit to them, they did, and the audience loved it.” The film was number one in the Nielsen ratings during the night it aired, watched by 34 million people and going on to be nominated for 14 Emmy awards, winning three including for Ludwig who also took home an Eddie for his work on the show. “I’m very proud of it,” he says.

Ludwig was in high demand over the next decade, teaming with Erman again for When the Time Comes (1987), The Two Mrs. Grenvilles (1987) and The Attic: The Hiding of Anne Frank (1988), the latter two landing his eighth and ninth Eddie nominations.

Afterburn, made in 1992 with director Robert Markowitz and starring Laura Dern, told the true story of the woman who overcame male prejudice in the U.S. military to become the best tactical fighter pilot in the world and also succeeded in winning Ludwig Eddie and Emmy nominations. His other credits include miniseries Heaven & Hell: North & South, Book III (1994), and the TV movies, Deadly Vows (1994), Dalva (1996), Echo (1997), Love-Struck (1997) and Looking for an Echo (2000). That was to be his last major credit, although he returned to Universal in 2000 to recut feature films for TV distribution (cutting for compliance with swearing, nudity, violence, timing and ad breaks among other considerations).

He enjoys his retirement in Pasadena with his wife, Lois, a former court reporter whom Jerrold dated when he was an assistant film editor, who remains after 47 years, a great support for him and he for her.

Ludwig says, “I feel extremely fortunate to have had the experience in the industry that I have had and I commend every one of the fantastically talented and generous people who I have met and worked with on that journey.

Thank you so much ACE and all its members for this award which I dedicate to them.”