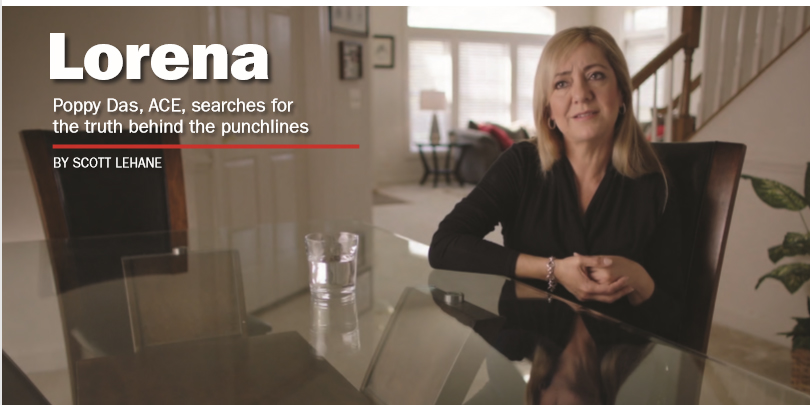 Lorena Bobbitt became a household name in 1993 after she infamously cut off her husband’s penis and threw it out a car window as she was driving away from the scene of the incident. Doctors were able to reattach it later, and her husband, John Wayne Bobbitt, went on to star in two porn films. As the salacious details trickled out, the subsequent trial became fodder for late-night comedians. The story become a national joke, but lost in all of the punchlines and bad puns was the story of a woman who had suffered years of emotional and physical abuse as well as rape leading up to that fateful night.

Das got involved in the project in February 2018 and worked on it for almost a year until its release earlier this year. The editor explained that she had attended a screening of Rofe’s first film, Lost for Life (2013), and got to know the director. But when he first approached her about doing a documentary on Lorena Bobbitt, “I really wasn’t sure what the take on the project was. I was like, Lorena, huh? I wonder why they’re doing that? “

And then when I spoke to him, it became very clear what he was trying to do with the story,” she added. “I found it really intriguing and an interesting task. What is the historical perspective of why women are treated in this particular way?”
The documentary combines archival footage, one-on-one interviews, recreations or reenactments and highly-cinematic bridges that link scenes and offer the audience an opportunity to process what they’ve just seen. 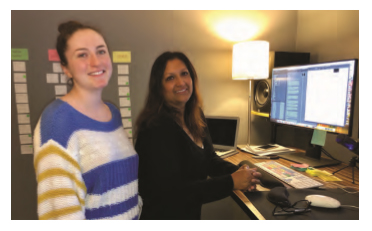 The process began with present-day interviews with Lorena and John Wayne Bobbitt. “Then we would pull out the material that we thought best related to each of our episodes,” Das relates. “We each had different parts of the story. I had the last episode, so I had the period of time from her court verdict, going forward to what happened after her trial, and then what John was doing at the time and his descent contrasted with Lorena’s attempt to pull herself out of it.

“We worked with those interviews trying to understand what their stories were, and trying to figure out, which part of the story goes in which episode and so forth,” she explains. “And then it became really clear, in order to tell this, we needed to get other witnesses. We needed to really drill down and really tell the story like it happened.” While the editors all worked separately in their own suites, “we’d always come together, and screen together and then figure out how to improve things or change things. We didn’t look at the show as individual stories.”

Das explains that the editorial team would meet at lunch every day to talk about what they had found and what they needed to tell the story. “A lot of how the process worked was us having these conversations at lunch, and then going back and working on our materials more, and then working with our archivist to find specific bits, and building the story out from the interviews to make it a little bit richer and bigger and get other voices and demonstrate the things that we were saying.”

Das reports that they had a couple of researchers and associate producers “who are really good at tracking people down and getting people to corroborate stories or telling stories that no one really found the first time through.” After all of the original interviews were shot, the team went to work trying to find the appropriate archival material and raw footage. The editorial process involved a lot of mixing and matching of archival footage formats with current-day interviews. “Our assistants, who were great, had to deal with most of that,” she says. 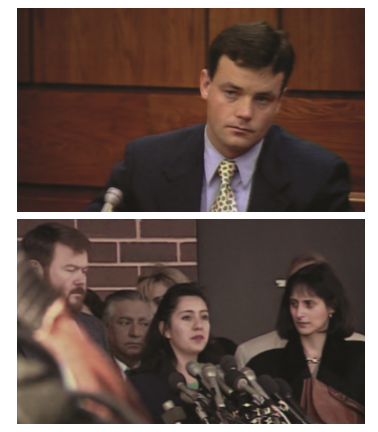 “It was really an undertaking to marry everything together and to finish it. That was a long process.” The editorial team had three assistant editors – Rachelle Hoppel, Jonathan Petermann and Steph Zenee Perez. “They did everything. Sometimes they were doing research, sometimes trying to help find archival stuff, doing all the assist tasks, making sure that they were managing the media, making sure that everything worked well – and the producers got what they needed and wanted. They were great and they were part of every step.”

Editing on Avid, they found ScriptSync particularly useful for managing volumes of archival footage and interviews. “When you want to be able to call things up and get at them quickly, ScriptSync is just great that way.” She explains that while the director was there every day reviewing material, “he really gave us a lot of freedom to come up with things on our own. And then he would weigh in or reshape them or say, ‘Oh my God, I hadn’t thought about that!’ So, he was very collaborative.”

“It wasn’t just top down. It was really a discussion, a dialogue that we all had together. What are we making? What are we talking about? What is the experience we want people to have? And then how can we more effectively shape that experience?” “I really loved our collaborative process,” she adds. “It was great that we treated it like one story as opposed to where the director only works with an editor one-on-one, and you don’t know what’s happening with the other episodes. It just made sense to work more collaboratively this way.”

Das explains that she was going for an observational style, that was a little bit dispassionate and a little bit removed. The editors wanted to let people make up their own minds and just show them what they might have missed. They tried not to cut into court testimony, and let it play out, “to let you experience what it was like for someone in her position, at her age. And at that time, you see her breaking down. We didn’t have to comment on it because it’s enough. It’s painful. You get it. You understand it.”

On the other hand, there was a lot of contrasting of how things were reported at the time. Das says that she wanted people to see how Lorena Bobbitt’s horror had been turned into a joke. “When you hear newscasters or newspaper articles making obvious puns and jokes, and yet right next to that you see somebody really breaking down and trying to explain to you what happened, you start to question things, which I think is really important.”

The project’s biggest challenge then was to give the story context to compel people to take another look. “Everyone thinks they know the story,” she says. “Even I, when I heard about it, said, ‘Why are you making this? Don’t we know everything?’ But then I had forgotten that she was abused, or I don’t even know if I remembered it.” Das hopes viewers take away the idea that they shouldn’t believe everything they read. “Now, as I look back, it just seems crazy to me,” she says. “Why was it only told from one perspective? People surmise now that it was just because men didn’t want to hear the other side.

Because most editors were men, or most newspaper commentators just wanted to talk about the penis because it was so outrageous. And so, it was interesting to me, that the person whose wounds you couldn’t see, didn’t get the sympathy.”