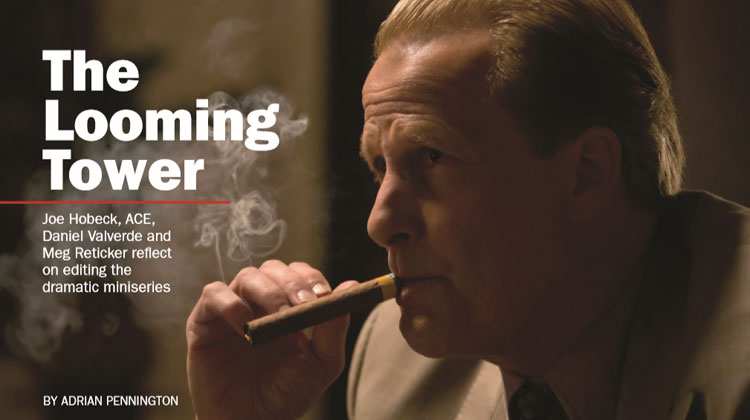 Based on Lawrence Wright’s Pulitzer-winning book, The Looming Tower looks at the rivalry between the CIA and FBI that preceded the 9/11 attacks. Created and executive produced by Dan Futterman, Alex Gibney and Wright for Hulu (with Futterman acting as show- runner for the series and Gibney directing the first episode) the series never loses sight of the sobering facts but still delivers a gripping counterterrorism drama. 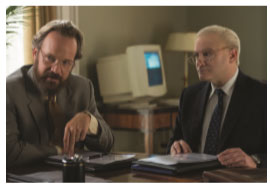 “The idea was to make it feel as real as possible, by blending archival documentary footage with dramatic live action to tell a story that actually happened and at the same time put this in the context of political thriller,” explains Joe Hobeck, ACE (Homeland), one of three editors on the 10-episode series. “It seems to me that you can legitimately tell a story depicting a series of events leading up to an unknown outcome just as well as portraying an already known outcome with a series of unknown events leading up to it,” says editor Daniel Valverde (The Americans).

The story begins in the 1990s and depicts the FBI and the CIA as warring factions, represented by John O’Neill (Jeff Daniels) and Martin Schmidt (Peter Sarsgaard) respectively. Other characters include FBI operative Robert Chesney (Bill Camp); White House counterterrorism chief Richard Clarke (Michael Stuhlbarg); and CIA director George Tenet (Alec Baldwin). Concerned with the growing threat of al-Qaida, the FBI enlists Ali Soufan (Tahar Rahim), a Muslim agent outraged at the way Islam is being demonized in the west and by terrorists twisting the religion to suit their cause. Each episode takes us deeper into the tangled web of bureaucracy and the hunt for Osama bin Laden unfolding with the tension of a ticking clock.

The first episode ends with the devastating bombings of the U.S. Embassies in Kenya and Tanzania. “It’s a convention of the political thriller to build toward a big explosion or big threat at the end of a show,” says Hobeck. “We used genre devices like this to keep momentum moving forward at the same time trying to ground the story with use of documentary footage and not make it feel sensational.” 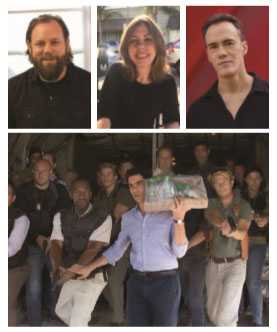 The final scene of ep.1 ends with a montage of the embassy explosions which presented Hobeck with a problem. “I felt we had to give the scene more emotion, to build toward the climax and make the impact hit home even more powerfully.

I found a shot of a car passing through the gate of the embassy from another scene which was unused and we engineered the idea that the car would be Deb Fletcher’s (Leslie Silva) car. She strikes up a relationship with the Bob Chesney character and this storyline lent more weight to the moment, in the next episode, when Chesney finds Fletcher’s body in the rubble. The team found an identical model car and went back and shot some new plates to build into the story. By inserting Fletcher into the sequence prior to the bombing we made it clear that she was at the scene of the explosion serving to underline the emotion for that particular scene.”