Produced by Sid Gentle Films for the BBC commercial division of BBC America, the thriller packs a feminist punch. Waller-Bridge’s adaptation of Luke Jennings’ Codename Villanelle novellas portrays Eve Polastri (Oh), a desk-bound M15 officer, who hunts down talented psychopathic assassin Villanelle (Comer), during the course of which both women become obsessed with each other. The template for both seasons was laid down by Gary Dollner, ACE, in the first and second episode of series one. Dollner had cut the first series of Waller-Bridge’s Fleabag, the acclaimed comedy on which Harry Bradbeer was a director.

“We all got on well so when Phoebe was developing Killing Eve she was keen to gather the same team around her.” Familiar with the writer’s material, Dollner was nonetheless smiling within the first few pages of reading the Killing Eve script. “It was so playful. I could see Phoebe’s mark all across it. What really appealed was telling this dark story laced with humor.” Dollner was assigned to work on the first block of two episodes of the eight-part series, “Nice Face” and “I’ll Deal with Him Later,” both directed by Bradbeer.

While the crew was on location in places such as Tuscany and Bulgaria, the editor was based in Soho and flying solo. “Rushes would come in and I’d send out cuts on a Friday and talk to Harry during the week feeding back any comments,” Dollner says. “When I sent the assembly cuts out everyone seemed happy with how it was going.” Music is a strong element in the show’s style and Dollner had a considerable part to play in the soundtrack’s creation.

“I started playing around with various themes musically to try and spice up cuts. It was clear that genre pieces 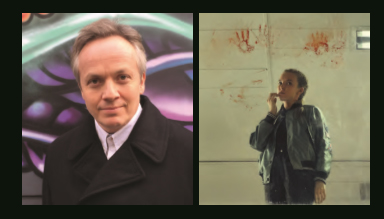 were not the right way to go. The watch word was ‘counterintuitive’ – to try to pick up on the humor flowing throughout the script.” A couple of Serge Gainsbourg songs set the tone when the characters are in France. Music in other episodes ranges from really dark German electro for scenes in a Berlin nightclub to Russian folk songs which became Villanelle’s theme.

For an early scene set in the Parisian home of Villanelle, Dollner selected ‘Contact’ a track sung by Brigitte Bardot and produced by composer and musician David Holmes. “I’m a big fan of David Holmes and I’ve always wanted to use this track so I tried it and it just felt right. It just played into that counterintuitive tone that we had talked about in prep, it went against genre and also just felt cool.” Bradbeer liked it too and with music supervisor Catherine Grieves, producers Lee Morris, Sally Woodward Gentle and Waller-Bridge, set up a Skype meeting with Holmes to discuss writing the series’ score. “He took it and ran with it,” says Dollner. “We sent him full episodes of the show to experiment with and he started feeding us loads of different tracks with strands and pads for us to work with.”

Holmes and co-composer Keefus Ciancia went through a back catalog of tracks made a decade earlier under the collective name of “Unloved,” featuring vocals from Jade Vincent. “We wanted a strong female voice to fit the tone of our femaleled drama and Unloved fit the bill,” Dollner says. So successful is the pairing that Holmes won a BAFTA TV Craft Award for his soundtrack to Killing Eve.

“Nice Face” ends with an assassination by hairpin of a Mafia boss at his Tuscany home. “One of the tracks David sent was called “I Could Tell You But I’d Have to Kill.” I thought that was too on the nose but I tried it and it worked brilliantly. Somehow it lightened what was a very dark and gratuitous act. It lightened Villanelle’s enjoyment of the kill.” 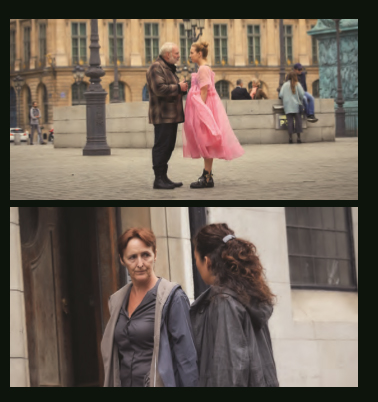 Dollner is an expert at cutting for comedy having worked on shows including I’m Alan Partridge, The Thick of It, David Brent: Life on the Road and Veep. “I’ve been told by many directors and particularly those with a drama background that making comedy is harder,” Dollner says. “You still need to hit all the dramatic beats in the same way in a comedy, you’ve got character development and various plot strands to develop but you’ve got to make it funny as well.”

At one point in the episode Villanelle ‘plays dead’ in order to play a joke on her minder/mentor, Konstantin (Kim Bodnia). “We’ve seen her powdering her face to make it paler and arranging furniture in preparation for the surprise so it’s quite inclusive, the audience is in on it and the joke is played on Kim’s character but the audience can empathize with him as well.”

A distinctive element to the show’s look is its use of graphics in a big bold typeface to introduce different locations. Says Dollner, “Harry had the idea of putting cards in for locations and said why not go really big. It looked fun and it stuck.”

Perhaps the show’s signature cut is one that cuts quite hard into the next scene. It’s a technique Dollner says he learned from working with British satirist Chris Morris on his cult series, Brass Eye. “We were doing a spoof 1970s news report and he said I needed to clip the end of words, to intentionally make a bad edit.

In the 1970s, news was shot on film and turnaround time was tight so words were occasionally trimmed in reports. We did it for comic impact of course but I used this stylistic device to punch up the launch into certain scenes. You really notice the cut which goes against everything you are supposed to do which is to cut seamlessly. Instead of giving the audience a nice smooth ride the intent is to jolt them out of the narrative, and energy to cut it propels you. It’s saying to the audience, ‘Right we know you’ve had enough of that information for now, let’s get on with the show.’ Plus, it’s just fun to be playful.”

Opening scenes are often challenging. They have to grab the viewer and pull them into the story. For a TV drama, that’s especially hard since you’re asking the audience to potentially commit to following the characters over several hours.

“There’s so much pressure and weight on any first episode of any series but the opening scene here had no dialogue so the normal things you get to play around with in words was not available. Harry covered it really beautifully. What was so important to this opening scene was to introduce so many elements including the
look of Villanelle in her beautiful clothes, the whole dynamic of mimicry that goes on between her and the little girl, and the three way between them with her server. It was very delicate. We had to get it just right for the balance to work which took a bit of noodling around.

When I’ve watched it back in various screenings, the moment when Villanelle knocks ice cream into the kid’s lap always get a laugh because it’s a huge relief for the audience. Now we’re on our way – we like the character and want to follow her journey.”

The opening scene ends with the huge bold title card, ‘Killing Eve,’ and goes straight into a shot of Eve in bed. It’s introduced using one of those crash cuts which Dollner has spoken of and accompanied by a scream of pain. This, it quickly transpires, is only because Eve has been asleep on her hands. It’s another rugpulled-from-under-feet moment.

“This scene was a rewrite because originally there was a different scene which featured a birthday celebration for office colleague Bill Pargrave (David Haig) in a karaoke in Soho which explains Eve waking up with a hangover. But it was felt that this bumped a little against Eve’s character. She is not the type really to go out and party so introducing her for the first time this would be untypical. Phoebe reworked that scene to be quite playful.”

While Dollner edited the first two episodes, Xavier Russell came in to work on the second block. He came into the edit to get a fix on the vibe and tone of the show. Editors on season 1 and/ or season 2 also included Dan Crinnion, Colin Fair, Al Morrow, Helen Chapman and Liana Del Giudice. Incidentally, the series attracted the attention of actor Daniel Craig who asked Waller-Bridge to lend her writing talent to the currently-in-production James Bond film. A third season of Killing Eve is also underway.