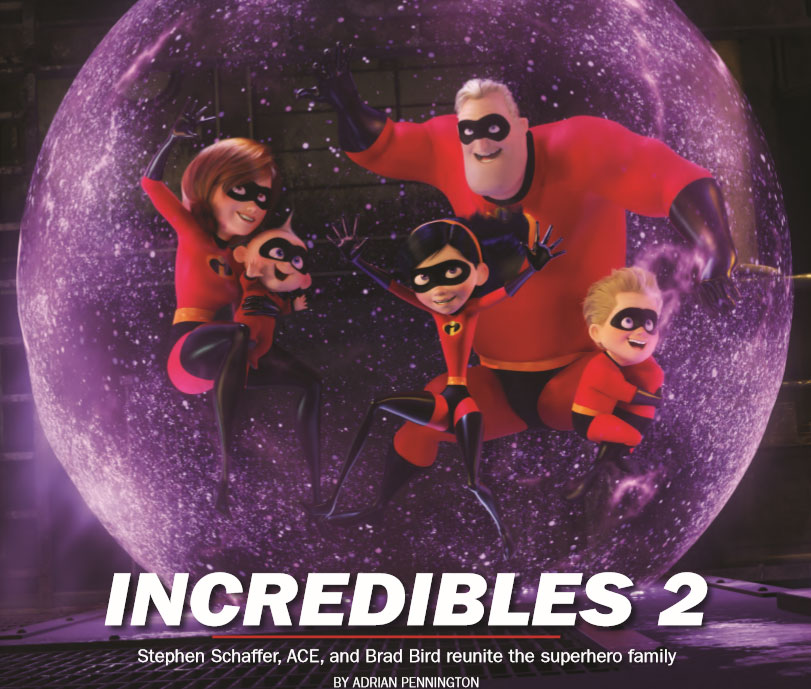 It’s been 14 years since The Incredibles, Pixar’s stylish, charming and smart superhero story which prefigured other sideways takes on the genre like Scott Pilgrim vs. the World, Kick-Ass and Deadpool. It was always likely that we would see further adventures of the Parr family given that the original grossed $633 million worldwide and ended with the hint of a sequel. Since Pixar joined the Disney stable in 2016, Incredibles director Brad Bird made Ratatouille and the live-action Tomorrowland interspersed with Paramount’s Mission: Impossible – Ghost Protocol. It seems that Pixar trusted no-one but Bird to deliver the sequel and was prepared to wait for him to find the right story and script to develop the characters further.

Bird writes and directs Incredibles 2 and reunites much of the original voice cast including Holly Hunter (Helen Parr), Craig T. Nelson (Bob) and Sarah Vowell (Violet) with Huck Milner coming in to voice Dash. When a new villain hatches a brilliant and dangerous plot, the family and Frozone (voiced again by Samuel L. Jackson) must find a way to work together again – which is easier said than done, even when they’re all Incredible. Bob Odenkirk, Catherine Keener and Isabella Rossellini voice new characters. Bird also brings back his collaborator in the editing room, Stephen Schaffer, ACE.

Since editing Incredibles, Schaffer performed editing duties on WALL-E (for which he won the ACE Eddie Award for Best Edited Feature Film – Comedy or Musical), Cars 2 and The Good Dinosaur, each with a 3 – 4 year gap between inception and release, such is the length of gestation of a high- end animated movie. Indeed, the story process for Incredibles 2 started in Spring 2015 and only wrapped up around the end of January this year. “Soon after Cars 2 was completed, the rumors started flying around the studio that Brad was coming back to the studio,” Schaffer explains.

“One evening in December 2014, I got a call from [producer] John Walker to come to Skywalker Ranch, as he and Brad were finishing Tomorrowland, to listen to Brad’s latest pitch of Incredibles 2. What a great meeting. We had all the core filmmakers from the first movie. Not long after that, I was given the option to cut the next Incredibles with Brad and I leapt at the chance. Seemingly the next day, Brad was back and we were rolling in story and editorial.” Whereas the ‘lead’ in the first film was Bob Parr aka Mr. Incredible, Incredibles 2 focuses on his wife, Helen aka Elastigirl. While Bob navigates the day-to-day heroics of normal life at home, Helen must find a way to battle a dangerous new villain. “Let me tell you, when they say sequels are easy, I say they’re wrong whoever they are,” says Schaffer. “Sequels are much harder, especially if you’re following a successful first film, because there is a built-in expectation that you have to meet or, hopefully, exceed. We talked about it quite often to keep each other in check during the making of Incredibles 2.

Plus of course, there’s the personal pressures of trying to outdo some of your own past achievements!” As the film’s supervising film editor Schaffer’s responsibilities began with the script in the writing process and went all the way through every frame in the film to the final mix.

“Pacing is set by my working with the director, so nobody really talked to me about that – it is an organic thing that happens along the way. For this film, I certainly had meetings early in pre-production with the art director to get the lighting tone and look of the film. Being a sequel to a film I originally cut helps me already know the world and the characters for pacing and timing of line delivery.” Editing picture, dialogue, temp sound effects and temp music in storyboard form to build a blueprint of the film they wanted to make was the earliest main task.

Once the timing and pace were set for each sequence, the team delivered it to the layout artists to be shot in 3D space in the actual sets. “Many story lines change over time, and for this film some of our current characters were developed from older ideas that we had in earlier versions of the film,” he says.

“Storyboards are cut for every sequence in the film and once that’s done through various iterations, we string a group of sequences together to form an act. Do this for all three acts and you’ve got a storyboarded blueprint version of the film. Then those all get divided into shots which are laid out in the 3D set to be shot by our camera (layout) department. Those shots are sent back to editorial to re-time. “Sometime during this process, we record the production dialogue to cut into the layout version of the sequences. Brad and I adjust timings and we then send that to the animators to be animated. Editorial sets the timing and pace for each shot and creates the dialogue performance for the animators to expand on. After shots are animated and sent back for me to check timings again, they are moved to departments such as tailoring, effects, lighting, etc. until the film is finished. At each step the shots are sent back to editorial for consistent timing checks as shots are constantly changing frame ranges throughout production.

We refer to the Avid cut as the ‘show’s bible’ meaning frame ranges may fluctuate as shots move through the pipeline, but the true frame count is always the Avid cut.” After the first production dialogue session Schaffer reports that many things changed in the script and several characters completely change roles. “Incredibles 2 was written in editorial more than any other film I’ve been on,” he says. “Part of that was out of necessity, and partly it was Brad’s comfort level being in editorial. He has said many times that editorial is his safe haven.

Once we heard the voice of Winston Deavor’s character (Odenkirk) we knew we had to expand his role as he became such an interesting character with Bob’s voice.” Having helped create the original, Schaffer already knew how to craft the performances of the lead characters. “All actors are different in delivery, pace, the way they like to read the lines. Do they want someone playing against them in the booth? Do they want slates or prefer to run wild? The list can go on and on.

Having helped create these performances in the first film, I knew what to expect from the returning characters.” Arguably the main challenge was working out how to finish the story and how to ‘hide’ the antagonist. Schaffer says that having worked so long and hard on the first two acts they “came close to shortchanging ourselves” in figuring out the ending. Luckily things came together at the 11th hour.

“We had an amazing story team that had a vision and we were able come up with a pretty cool ending that I think audiences will enjoy. Whenever these things are made it’s always a balancing act of time and resources, and of course at Pixar we would never put out anything that we don’t feel is finished.”

He was helped in this endeavour by second editor Tony Greenberg, who covered for Schaffer in the first few months cutting storyboards with Bird while Schaffer finished working on The Good Dinosaur. “Tony helped cut story reels on through to layout and animation. During the latter half of production, I promoted one of my second assistants, Katie Schaefer Bishop, to second editor, as she was doing the cutting work already so promoting her was a no-brainer. “At the height of our production all three of us were cutting away.

Tony and Katie would cut storyboards as I was cutting the production layout and animation. They would check each other’s cuts and then hand off to me to take a pass and review with the director. While this system isn’t always the best way to get less experienced editors time with the director, it is the most efficient way to get through a tight schedule, and having been with this particular crew for two films in a row, we all worked like a well-oiled machine.”

A scene in which Helen flies a helicopter through the city is one of Schaffer’s personal highlights. “This chase scene stands out to me because in earlier versions of the film, we had this as a jet flying scene in which she had to crash land in a river, but it became too similar to some real world events happening around this time.

When we pitched Brad helicopters he was like, ‘no way, that will not be exciting enough with helicopter speeds,’ but I think we pulled it off pretty well and it’s a thrilling action ride.” 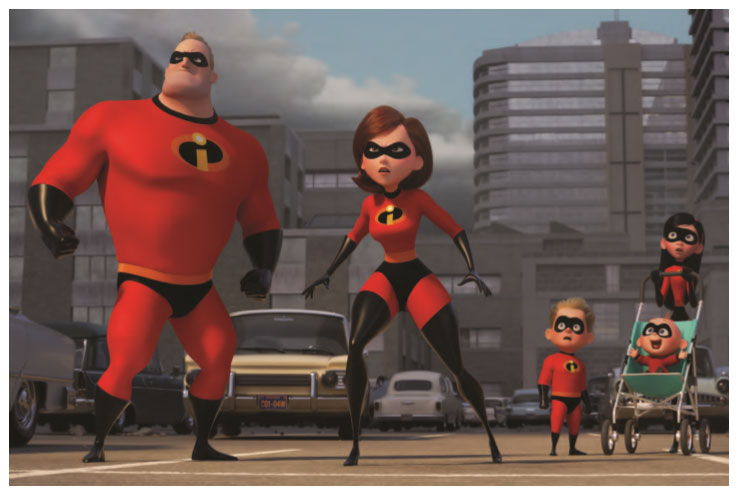