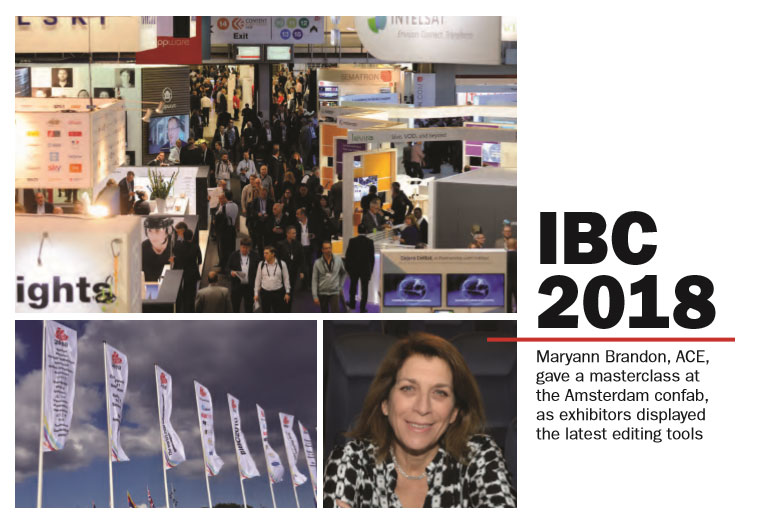 Maryann Brandon, ACE, gave a masterclass on the editing of Star Wars: Episode VII – The Force Awakens at the International Broadcasting Convention (lBC), Sept. 13-18 in Amsterdam. “We had discussions about how we would reintroduce the iconic Millennium Falcon,” she revealed, showing an extended battle sequence from the J.J. Abrams-directed film. “Should we have it draped in covers and look like sandblown junk as Finn and Rey rediscover it?

In the end we used the Star Wars signature theme to signal to audiences that they were being reunited with an old friend. When you have something as powerful a motif as that music it can take the pressure off trying to make a scene work.”

At IBC, companies seemed to be concentrating on the practical reality of the future of entertainment content. 4K HDR is being cemented and 8K is on the horizon. While a lot of technology that used to live in dedicated rack units has already moved to software, there is still plenty of innovation in production hardware, from lenses and cameras to lights and sound systems. What is striking is that the barriers to entry are lower than ever. Avid, which presented Brandon’s work as well as that of Dirk Westervelt, one of four editors credited to Deadpool 2, focused on Avid On Demand, a software as a service running on Microsoft Azure cloud that allows users – principally large editorial teams – to access web-based versions of MediaCentral, the company’s media production and management platform.

Avid Nexis E5 NL is a new storage system that sports a web-based app for managing, controlling and monitoring its installation. It can be accessed through MediaCentral Cloud UX or Media Composer, and also integrates with Avid’s production management system to drive collaboration. 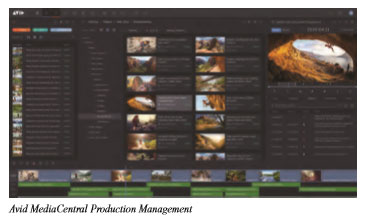 Explained Jeff Rosica, Avid president and CEO, “We’ve accelerated our delivery of open platforms, tools, apps, services and solutions to make it easier for our customers to end disparity among technology in their operations, so they can work faster on smaller budgets, and still thrill and retain viewers on any platform.” 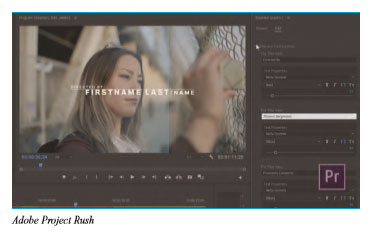 AJA Video Systems showed new tools and updates that embrace the latest 12G-SDI and HDMI 2.0 technology, as well as emerging IP and HDR standards and formats. For example, the latest in its video and audio I/O cards, KONA 5, supports 12G-SDI I/O and HDMI 2.0 monitoring/ output for workstations or Thunderbolt 3-connected chassis.

It also enables single-cable UHD and HD high frame rate, deep color and HDR workflows and costs $2995. AJA’s Desktop Software v15 introduces support for KONA 5, which can be used with a range of creative applications from Adobe, Apple, Avid and others via AJA’s plug-ins and drivers. Desktop Software v15 is available as a free download. HDR Image Analyzer, developed in collaboration with Colorfront, offers a toolset for mastering of UHD/HD HDR and WCG (wide color gamut) content and will cost $15,995. 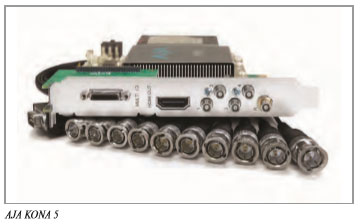 support. It’s available as a free download. The big news from Blackmagic Design is the introduction of a RAW codec for its cameras including the URSA Mini Pro. Blackmagic CEO Grant Petty asserted that traditional RAW codecs have large file sizes and are processor intensive, making them hard to work with, but Blackmagic RAW is designed to move part of the de-mosaic process into the camera where it can be hardware accelerated by the camera itself. American Society of Cinematographers president Kees Van Oostrum, ASC, commended the initiative, saying Blackmagic RAW “could entirely change the workflow going from camera through post-production. It will be an important change for post because the editorial team can work with the camera original files, which are fast enough to use for everyday editing.

That means less confusion in regard to creative choices I make at the camera. The images can now travel throughout the entire workflow because we’re shooting, editing and grading with the same files.” 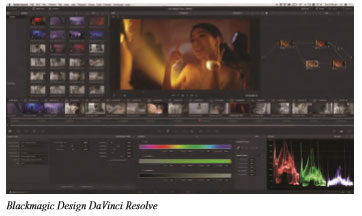 Support for the codec is available in DaVinci Resolve from the BMD support website as a free upgrade for existing users. It joins the now-shipping version of Resolve 15 which among a myriad other things adds an entirely new Fusion page with over 250 tools for compositing, paint, particles, animated titles and includes a major update to Fairlight audio.