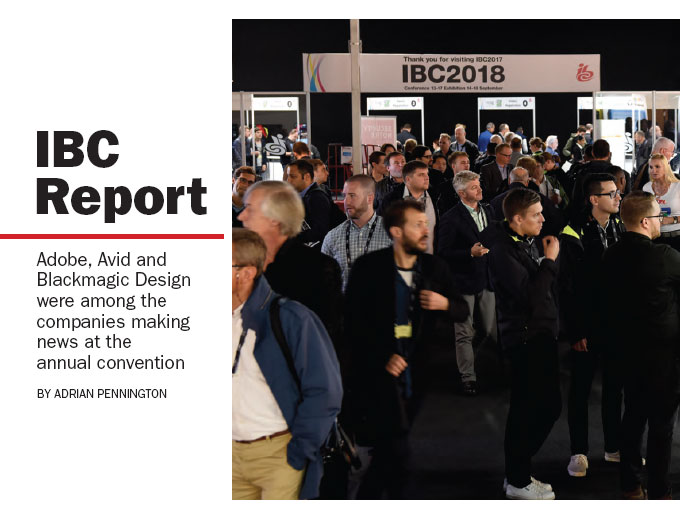 The product strategy of editing-technology makers focused on collaboration and shifting services into the cloud, during the 50th annual International Broadcasting Convention. At IBC, held Sept. 14-19 in Amsterdam, Avid debuted the next iteration of its ‘MediaCentral’ platform, with modules and apps for editorial, production, news, graphics and asset management, all accessible by anyone working on a production, via the cloud. According to chairman and CEO Louis Hernandez, Jr., Avid has spent half a billion dollars on re-engineering its platform of tools and services for the cloud. “We’ve now just completed a full transformation; we have created a platform that is flexible and open and agile enough to allow us to move forward,” he said. Via MediaCentral, customers can access Avid tools including Media Composer, Pro Tools and incorporate Nexis storage.
Its ‘partner connectors’ could be the likes of Adobe or Grass Valley. “MediaCentral delivers a unified view to all media – whether stored on Avid or another platform,” said Hernandez. “The user experience is common for everyone.” In April, Avid shared its vision for bringing Avid into the cloud along with a partnership with Microsoft as its preferred cloud provider. Since then, reported Dana Ruzicka, Avid VP and chief product officer, “the reaction from our customers has been overwhelmingly positive. The move to [the] cloud is imminent for almost all of our customers – but it’s not a lift and shift. It’s an evolution based on their business needs. This really is the beginning of the cloud era for our industry.” 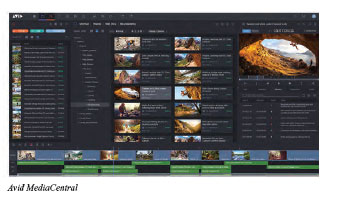 The DNxIV is similar to AJA’s newly-announced Io 4K Plus device, but built to Avid’s specifications. Meanwhile Adobe came to IBC to preview notable new features and upgrades to its Premiere Pro CC (Creative Cloud). Announced capabilities included ‘Project Locking,’ created to allow users to lock projects and provide review access to others; and a ‘Team Projects’ service for workflows hosted in its Creative Cloud that Adobe promises would provide the ability to “more easily manage versions and auto-saves.”

Premiere Pro is also getting new virtual reality video-creation tools. VR integration between Premiere Pro and After Effects is made possible by Immersive, a toolset which includes Adobe’s new VR Comp Editor in After Effects with the ability to transform 360-degree footage into flat rectilinear shots. 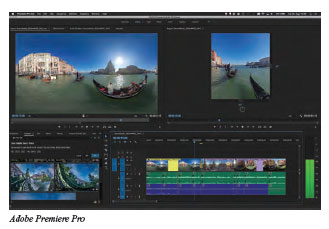 In other words, the goal is to allow the editor to review their timeline and use keyboard-driven editing for trimming and markers while wearing the same VR head-mounted displays as their audience. It’s being developed to work either on screen or with an Oculus Rift or HTC Vive headset. Asserted Adobe’s executive VP and general manager of digital media, Bryan Lamkin: “Adobe is breaking new ground in collaboration, social sharing and analytics to accelerate workflows for all video creators.” Blackmagic Design has taken the deliberate step of reducing the number of product announcements it makes at trade shows and staggering them throughout the year.

At IBC, its main focus was on Ultimatte 12, the latest version of the keyer that Blackmagic acquired last year. Preferring to describe it as an advanced real-time compositing processor, Ultimatte 12 could be used for creating composites with both fixed cameras and static backgrounds, or automated virtual set systems. It could also be used for on-set previsualization by allowing actors and directors to see the virtual sets they’re interacting with while shooting against greenscreen. Ultimatte 12 also features ‘one-touch’ keying technology that analyzes a scene and automatically sets parameters to make live compositing easier.

For editors, Blackmagic highlighted DaVinci Resolve 14, which began shipping during the summer. It includes enhanced editing capabilities, multi-user tools and the inclusion of Fairlight audio (Blackmagic acquired the audio tech developer during 2016). 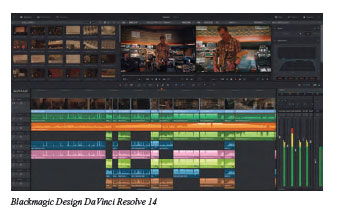 At IBC, there were also signs that 8K is coming over the horizon. After more than a decade of development and regular appearances in IBC’s Future Zone, NHK is approaching the finishing line with its 8K broadcasting system. Japan’s public broadcaster plans domestic transmissions in the format next year, ahead of the showcase it will receive at the 2020 Olympics. What is remarkable is not that NHK has built out the production-todelivery chain including cameras, switchers and compression but how normal the concept of 8K has become at industry trade shows.

We may not see it in the home worldwide anytime soon, but this could be where the industry is headed.