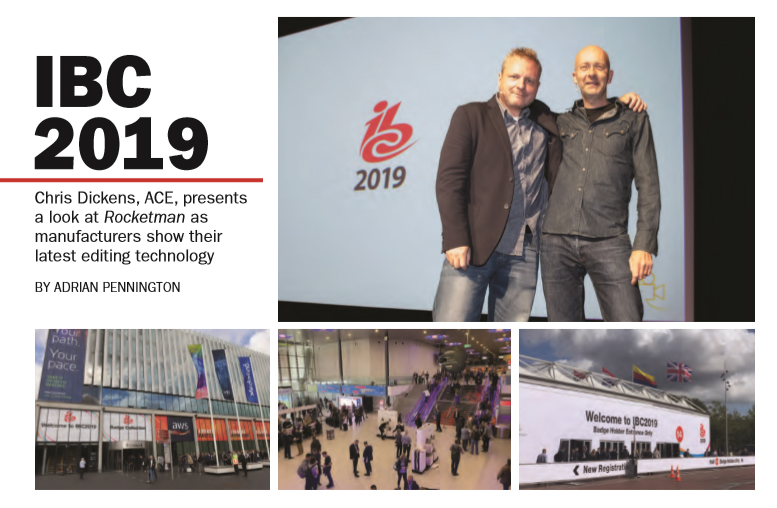 The IBC (International Broadcasting Convention) has always been a showcase for the latest products and developments for content creation but this year’s event doubled down by attracting a number of established artists to present masterclasses or public interviews. Chris Dickens, ACE, an Oscar® and ACE Eddie winner for Slumdog Millionaire, shared insights into how he helped Dexter Fletcher’s biographic musical Rocketman about shy piano prodigy turned international superstar Elton John.

“The film is about Elton’s battle with himself and moving away from who he was as a child,” Dickens said. “In one scene he swims underwater and is confronted with himself as a boy but by the end of the film he has come to terms with who he is.” Presenting clips including a sequence that appears early in the film accompanied by John’s “The Bitch is Back,” Dickens described the script as a heightened version of reality. “It had two sides, this real-life drama and a fantastical story of his success with musical sequences which tell his life through song.

It gave us a license to play around visually but I couldn’t quite unify the two dramatic tensions in my head. The biggest challenge was finding a way to combine all the elements to give the film tonally the same feel all the way through.”

Elsewhere, there were sessions devoted to the VFX behind Avengers: Endgame and insider looks at the cinematography and grading of Netflix series Mindhunter and Black Mirror interactive episode “Bandersnatch.” Attendees were treated to a special showing in Dolby Vision and Atmos of Game of Thrones’ season 8 episode “The Long Night,” the episode which landed Tim Porter, ACE, the Emmy® for Outstanding Single-Camera Picture Editing for a Drama Series. 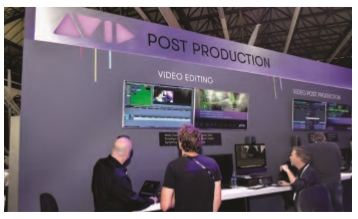 HBO executive producer Greg Spence and Steve Beres, HBO’s senior vice president of Media and Production Services were on hand to talk about the show’s production. The virtual production of Jon Favreau’s The Lion King was another highlight as explored by cinematographer Caleb Deschanel, ASC, and VFX supervisor Rob Legato, ASC.

New ways of working were also a theme on the exhibition floor. Aiming to find new ways to create, produce and distribute content on the Microsoft Azure cloud platform, Avid announced its participation with Disney in a five-year partnership with Microsoft. The partnership will be run through The Walt Disney Studios’ StudioLAB, Disney’s technology hub, and will be aimed at delivering cloud-based workflows for production and postproduction or from ‘scene to screen.’

Microsoft has an existing strategic cloud alliance with Avid and the companies have already produced several media workflows running in the cloud, including collaborative editing, content archiving, active backup and production continuity.

“By moving many of our production and post-production workflows to the cloud, we’re optimistic that we can create content more quickly and efficiently around the world,” said Jamie Voris, CTO, The Walt Disney Studios. “Through this innovation partnership with Microsoft, we’re able to streamline many of our processes so our talented filmmakers can focus on what they do best.” 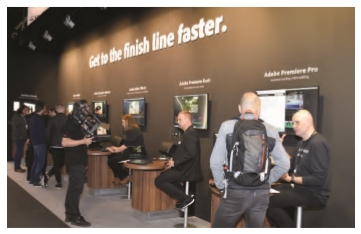 The announcement was separate but related to a wider move by major studios to rethink production workflows in the cloud. During the IBC conference session titled “Hollywood’s vision for the future of production in 2030,” tech bosses from Paramount, Sony, Universal, Disney and Warner Bros. gathered to discuss a 10-year blueprint for the process, as outlined by non-profit research initiative MovieLabs.

“There’s been a massive increase in content production and brand extensions, and we need faster production cycles and more rapid iterations,” said Universal CTO Michael Wise. The MovieLabs report suggests assets need to be created and ingested straight into the cloud. Any tools used on content assets in this new workflow must come to the cloud, rather than the  other way around. “We need the entire industry to come together on this,” said Bill Baggelaar, senior vice president of technology, production and postproduction technologies at Sony Pictures Entertainment.

“We don’t want to build our own tools to manage cloud solutions but would require the ability to plug into our own preferred vendors.” MovieLabs is working toward the creation of a standard, a big part of which will be security.

A common ID system would be critical to identify the thousands of workers interacting with studios’ content, the speakers related. “This would also formalize protocols for crew members who wish to use their own devices or plug their own kit into studios’ production networks,” noted Daphne Dentz, senior vice president, mastering & production technology, Warner Bros.

Adobe used the IBC platform to unveil Auto Reframe, a new feature for Premiere Pro that uses the company’s Adobe Sensei artificial intelligence and machine-learning platform. Slated for availability later this year, Auto Reframe is developed to reframe and reformat video so that the same project can be published in different aspect ratios, from square to vertical to 16:9 versions, the company said. 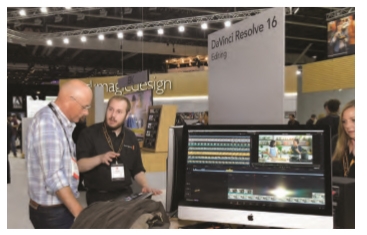 Like Content-Aware Fill for After Effects, which was introduced in the spring, Auto Reframe is designed to “accelerate manual production tasks, without sacrificing creative control. “For broadcasters, or anyone else who needs to optimize content for different platforms, Auto Reframe will help you get there faster,” Adobe writes in its blog, citing tools designed to “analyze, crop and pan footage to prioritize the most compelling parts of your video.” The company also demonstrated new Best Practices guides, which include ones for working with native formats, using project templates, using Motion Graphics templates; mixing audio with the Essential Sound Panel, exporting video and using third-party tools with Adobe tools.

“You can now edit native Blackmagic RAW files in Premiere Pro and Media Composer and then finish them in DaVinci Resolve without needing to create proxy files.”