While the Invisible Art, Visible Artists (IAVA) panel, held annually at the Egyptian Theatre in Hollywood, is always a sell-out, this year it was an especially coveted ticket.

In an awards season that seemed beleaguered by one surprising headline after another, few scandals drew as much unified and immediately widespread ire as an announcement from the Academy that they would be presenting four awards, including Film Editing, during commercial breaks in favor of an editeddown version later in the broadcast.

The Academy reversed their decision only a week before IAVA, but the large crowd lined up outside the Egyptian Theatre in Hollywood continued to debate the intention and judgment behind having even suggested it. “The tremendous outpouring of support on our behalf and the remarks by prominent filmmakers, industry leaders and directors was astounding,” said ACE President, Stephen Rivkin, ACE, as he welcomed the audience. “It really did confirm the undeniable truth that editing is one of the backbones of the filmmaking process. Ironically, this served our purpose in raising the awareness and perception of the craft.

So, we are very thankful that the Academy had the wisdom to reverse their decision and that all awards will be aired in their entirety.” Moderator Alan Heim, ACE, was joined by each of the 2019 Oscar®-nominated editors; Barry Alexander Brown, ACE (BlacKkKlansman), John Ottman, ACE (Bohemian Rhapsody), Yorgos Mavropsaridis, ACE (The Favourite), Patrick J. Don Vito, ACE (Green Book), and Hank Corwin, ACE (Vice). Ottman and Mavropsaridis had each won Best Edited Feature Eddie Awards earlier in the month with Bohemian Rhapsody winning for Drama and The Favourite for Comedy. 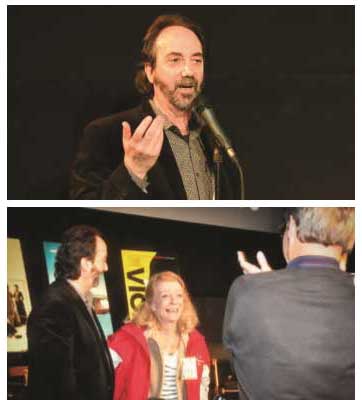 Brown met his longtime collaborator, Spike Lee, while Lee was still a film student at NYU, and Brown was working on the follow-up to his documentary, The War at Home, for which he received an Oscar nomination, aged just 19 years old. “We were all young and broke, helping each other on projects,” said Brown.

“My friends, like Spike and Mira Nair (Salaam Bombay!), thought I could edit and so they hired me, over and over and turned me into an editor. Those first few films I really expected somebody to walk into the editing room and say, ‘What’s he doing here? You’ve got a real budget, you can’t hire your buddies to cut your movies.’ Right up until about Malcolm X I really expected someone to come in and say, ‘Alright, buddy, come on,’ and wave me out the door. I just didn’t see myself as an editor.”

Ottman, who met director Bryan Singer at USC where they codirected a short film, Lion’s Den, served as both editor and composer on the Freddie Mercury biopic, as he has done regularly before. “Music was a hobby after I graduated from USC, so I started rescoring some of my friends’ student films,” said Ottman.

After he and Singer had Public Access accepted into Sundance, their composer dropped out at the eleventh hour and Ottman ended up scoring it. “When The Usual Suspects came together I said I just wanted to write the score for that and Bryan said, ‘You’re never writing the score for me unless you’re the editor,’ so that’s how I ended up doing the scoring and the editing together on so many films.” 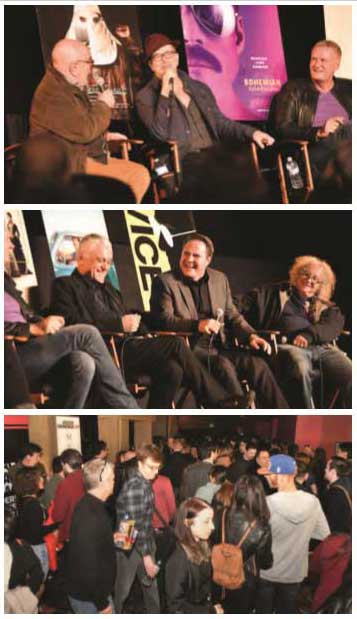 Ottman had the unique experience of being left to edit Bohemian Rhapsody largely without a director after Singer’s removal from the film during production. “It was different, but not too different,” said Ottman. “Bryan tends to go away for a while in editorial to let me do the cut. He always says that he likes to maintain objectivity over his own material so he would go away for two months or so while I put a cut together and he’d come back saying he’d forgotten what he’d done so he could feel moved in a certain way. He never wanted to taint a discovery that could be made by having his own preconceived idea of what he’d intended in mind. He derives joy from seeing something he didn’t expect.”

“He who shall not be named,” joked Brown, in reference to the largely absent use of Singer’s name, which was common throughout the awards season for all of the Bohemian Rhapsody nominations. “There were hard parts, of course,” elaborated Ottman, “when you have to go into your inevitable debates with the studio over test screening results and have creative battles. You can count on a director to wage your wars for you, but I didn’t have that, so I had to be the bad guy. Everyone is a creative partner, of course, but you inevitably have to fight for what you want.”

Heim shared his own experience with losing his director on a film and the resulting struggles to bring it to fruition with the studio. “I did a film where the star had someone else come in, with my permission, to make some changes (to the edit) for the star,” said Heim. “There were 10 awful changes made and the director walked off the movie. We had two screenings on the same night and their cut scored a point higher, both of which were lower than my original cut, so I had to decide whether to leave with my director or to try and get back some of the material that had been … just kind of mutilated. I sat down with the head of production and we spent the morning looking at the movie and she gave me five of the 10 changes back. I felt very good about that, but it’s an awkward position to be in. I don’t think the director has ever seen it to this day.”

Mavropsaridis and director Yorgos Lanthimos, another collaborative team that has spanned several years and films, have their own unique workflow. “Yorgos shoots all of his films in linear order,” said Mavropsaridis. “He respects the continuity of time and space at all times, so when we come to assembly, we first do the rough cut, then we work a lot on the scenes and inside the scenes. Then comes the time when we try this and try that.” 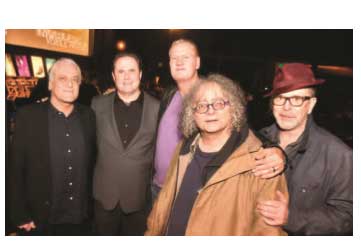 However, speaking of the pivotal sequence when the new favorite, played by Emma Stone, is moving into position with the Queen, Mavropsaridis noted, “we created an interplay between the one character, [Lady Sarah, played by Rachel Weisz] falling out of grace and the new favorite moving into place with a montage sequence that supported the basic idea of the script, but used cinematic language instead of using the scenes in linear order.”

They also stand out in not relying on ADR during post. “Yorgos doesn’t like, I don’t like,” said Mavropsaridis. “It’s the old aesthetic morality that we don’t separate the actor from their voice. We have a very good sound designer, Johnnie Burn, who always succeeds in keeping the original.”

They were also the only team to not use VFX on their nominated film. When Heim inquired about the many rabbits used in the film, Mavropsaridis offered that “there was no CG; they were all around and we just cleaned up the mess they made on the floor!”

Don Vito, on the other hand, noted that they had over 400 visual effects in Green Book some of which involved Kris Bowers, the film’s composer, serving as body double for star Mahershala Ali. “We put Mahershala’s head on Kris Bowers’ body,” said Don Vito. “Mahershala studied for three months to get the right positioning, stance and posture, and then we shot them both, but ultimately we just cut with Bowers and picked pieces where we put Mahershala’s head on there.”

Even in the car, where much of the movie takes place, Don Vito noted that almost 80 percent of those shots have VFX. “They got the car last minute, like three days before we began shooting, and it had a tear in the material of the roof and one of the hooks was rusty, but it was supposed to be a brand-new car so the VFX [team] was cleaning up tedious stuff like that.

Then in the DI we’re seeing all the other work we needed to do that we hadn’t seen before – like when they’re walking out of the YMCA and we saw a handicapped sign – which they didn’t have in 1962.” If Don Vito’s challenge was making the edit and VFX as invisible as possible, Corwin’s editorial challenge was in breaking up the enormity of Vice’s dialogue.

“I was fascinated with the silences in the dialogue scenes and the lack of editorial,” said Corwin. “If you know anything about the work I’ve done, I’m generally associated with frenzy and frenetic scenes. I love the fact that in film you can move around time and space, and you can get into different layers of the way your main characters are thinking. I think this film demonstrates just how quietness and cuts that don’t join together seamlessly actually create tension.

Many times, when you have seamless editing, you lose tension.” Speaking directly to the audience, Corwin offered, “Vice, emblematically, was just people talking to each other. That’s pretty much what was going on, so I had to create different layers of reality and different layers of how people were thinking.

As prospective editors out there, what you have to do is see where editing should be visible – where you can launch people into different layers of reality.” Our thanks to Blackmagic Design, Adobe, Avid, MPEG and NAB for another year of generous support and sponsorship that allows us to bring such a panel of talent together year after year.