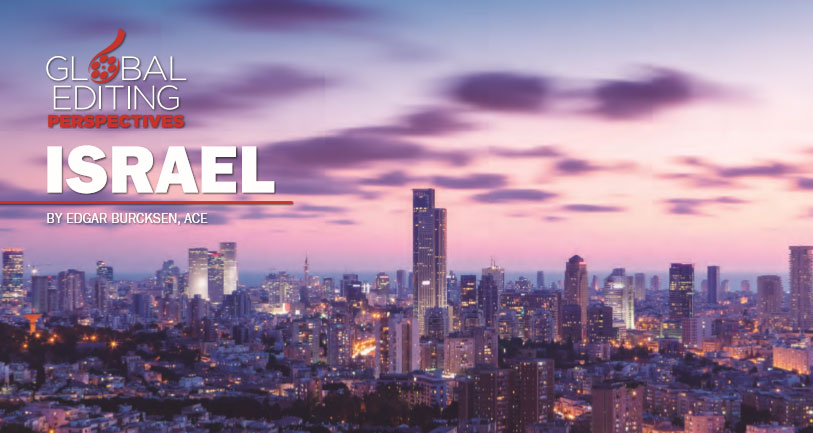 Israel has little more than eight million residents but it has a very vibrant motion picture community with professional organizations in all the major jobs of film and TV productions. One of these organizations is the Israeli Editors Guild, whose cofounder and chairman, is veteran editor Isaac Sehayek.

“About 10 years ago, two young editors were sitting outside a busy post house,” explains Sehayek of the Guild’s origins. “The reason that they were out at 6pm and not in the cutting room was a power failure in the building. They realized they had never been out at this hour as working shifts were 10 hours each. This event started a conversation that led to a meeting of about a dozen editors. We agreed to organize and I was elected to be the chairman. Our first goal was to establish the work shifts to be nine hours each and this became our first major achievement.”

Sitting and toiling in dimly-lighted rooms on our own is nothing new for those in our craft; that an event like a power outage brings editors together to realize that they’re not alone and that it makes sense to talk to each other to improve working situations or share creative and technical ideas, emphasizes the need to communicate with each other and to do this in a formal or loosely-organized manner is the start of many editors groups.

To get a little bit more insight into what the Israeli Editors Guild is and does, I talked via Skype with Noga Brienes who is the sole paid member and administrative, organizational and inspirational center of the Guild’s 400 members.

She calls herself, tongue in cheek, ‘the CEO of the Israeli editors.’ About four years ago she contacted ACE for some help with the setup of the Tel Aviv International Student Film Festival and since then they have been added to a growing list of foreign editors organizations at the ACE International Relations Committee.

Their office is in Tel Aviv but meetings and events also take place in Jerusalem and other major Israeli cities. Even though the organization is named Israeli Editors Guild, it is also comprised of other post-production professionals as members, and that includes sound editors, sound designers and mixers, online editors, VFX personnel and colorists. The majority of members are, however, editors and assistant editors who work in all kinds of genres and formats for theatrical, TV and cable channels including feature films, documentaries, commercials and new media. 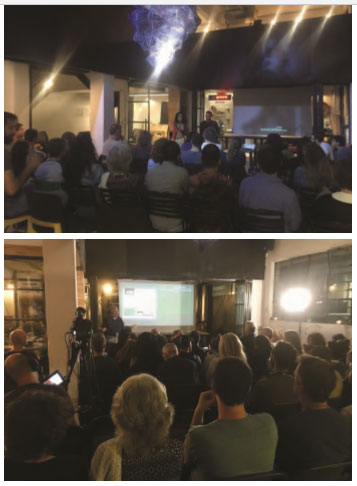 The members are not categorized in separate departments because the Israeli motion picture industry is not very big and they all have similar working conditions. The industry is also not very well organized legally and professionally so, according to Brienes, they provide services to all members regardless of their role in post-production. This can range from legal advice when there is a dispute or unpaid fees to recommendations for jobs. They maintain a roster of members on their website (www.editors.org.il) that directors and producers can use to find the right people for a job. It lists the members in their categories, job skills, experience, etc.

Although they refer to themselves as a ‘guild’ they’re not a union or an honorary society like ACE but something in the middle. Apart from representing regular employees working full-time jobs, the majority of their members work as freelancers on contract and in Israel there are no legal protections for these workers so they have to help them and intervene regularly to solve disputes. Brienes also sees it as the Guild’s task to protect the integrity of the editorial community – especially now that, with YouTube and other social media sites, anybody who has put together a video clip can call themselves an editor.

The Guild guarantees that all of their members are professionals and they try hard to keep their membership up to date with the latest artistic, creative and technical developments. Editing changes so fast and they feel it is their responsibility to organize monthly workshops like ‘Tips and Tricks for Avid’ and more general topics like time management and how to be effective. While the majority of the editors use Avid, Adobe is pushing hard to make Premiere Pro more accepted as well.

When foreign editors visit or work in Israel they try to snag them to do a workshop about their work and they have something similar to the popular ACE event, IAVA (Invisible Art/Visible Artists), where editors of nominated films for the Israeli Oscars (the Ophir Awards) discuss their work. When I asked Brienes if they have an office or building, she smiled and looked around saying, “This is my office, a room in my apartment.” But they use a cooperative building in Tel Aviv called ‘Workshop’ where artists like jewelers, painters, etc. have spaces where they work. The Israeli Editors Guild goes there once a month because it has a great screening room.

From time to time they have meetings or workshops in Jerusalem and other major towns like Haifa or Eilat. For instance, Brienes might have a meeting in Nazareth with some Palestinian and Druze members about how they can engage minority groups in Israel and bring them closer to the industry. One of their most famous members is Eyas Salman, the editor of Omar, nominated for best foreign language film at the 2014 Academy Awards®. Their guild is an open society and even foreigners who work in Israel on location can become members. 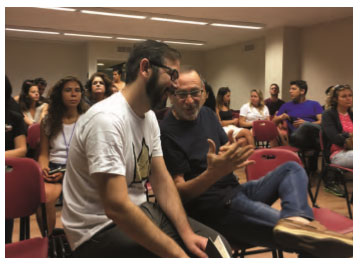 There is a close relationship between all the similar organizations working in the small Israeli film industry. They consist of the guilds for screenwriters, directors, producers, actors, set personal (that includes cinematographers, gaffers, make-up artists, etc.) and documentarians. Since there is almost no commercial film production, most of the productions are subsidized by the Israeli government. There is a total government endowment of about $100 million per year and all the organizations join hands to make sure that that the subsidies are fairly distributed. Also, the TV stations that produce all the national programming are required
by law to contribute to the independent production of features, shorts and documentaries.

When you have a TV station or cable company you cannot just import and broadcast American series, you must also have a certain percentage of your programming in Hebrew; so this also helps their national motion picture industry. I wanted to know from Brienes what their future holds. She let me know that they have plans to start an award ceremony similar to the ACE Eddies because they’re not happy with the way editors are treated in the Israeli Oscars.

Editors are lumped together with other technical categories for one award, she says, so editors, cinematographers and colorists vie for the same award. She wants to give editors their due credit as creative artists and she looks to ACE for ideas and ways to accomplish that. I was wondering if the Guild has an acronym that their members can put after their name and her answer was eye-opening. She argued that if editors from every country have their own acronym it would be very confusing and actually not mean much: “We should all get together and create something meaningful and recognizable.”

She was very happy to hear that ACE is working hard to establish a new international affiliate membership that recognizes excellence in editing on a global scale and acknowledged that we all need to know, help and recognize each other because in the end we all work on the essence of motion pictures: editing.