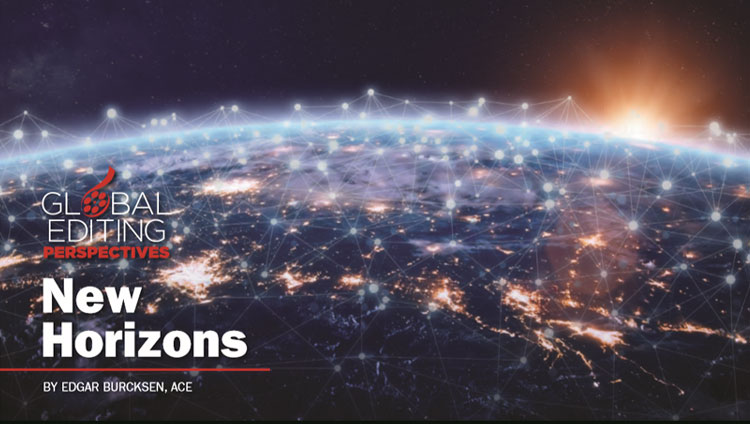 It’s no secret that foreign markets have become more profitable to the major studios than domestic and Canadian distribution. But other than shooting in foreign countries, the main target of the majors continues to be North American audiences, albeit with an eye to international sales. This has meant more tentpole franchises in the action-adventure category led by Disney’s Marvel and Warner’s DC Comics superheroes.

Producers of content destined for TV and online streaming sites have taken a different route. They have tapped into different cultures, languages and production capabilities. Netflix began by exporting its catalogue into foreign markets but soon realized that in order to support its existing English language catalogue they also needed local productions to make their product interesting enough for audiences to buy a subscription.

When there were not enough local productions available to buy outright, Netflix started to offer coproduction deals and, finally, complete ‘Netflix Originals’ productions.

HBO began offering its programs to overseas markets through the traditional cable subscription method but also realized it wasn’t just blockbuster series like Game of Thrones that customers wanted. When a locally-produced series like Mamon in the Czech Republic gains more viewers than the bloody feud between the Lannister and Stark families, then a rethinking of your business plan is required. HBO decided to create 250 hours of locally-produced programming for foreign subscribers including documentaries and 14 original scripted series.

HBO gained an insight into the possibilities for completely locally-produced shows when it tapped local production capabilities when filming on location in Ireland, Croatia, Iceland, Malta, Morocco and Spain for Game of Thrones.

This is a different model than the major film studios have long pursued: shooting in foreign countries to tap into tax breaks and (depending on the country) lower wages but still finishing the show in the U.S. for the North American market.

In the mid-90s I edited a pilot for USA Network called In the Fold. It was shot completely in Berlin using generous subsidies from the German government. Since I am a Dutch citizen speaking German fluently and legally permitted to work in the EU,
I was asked to edit the show on location and stay there until it was finished and ready for air in the U.S.

Unfortunately, the visual effects capabilities in Germany at that time were not up to snuff and I had to finish the show in L.A. The show was shot in English with mainly American actors and, in this sense, it differs from the native language shows Netflix and HBO are currently producing.

Maybe because of this experience and my Dutch cinematic heritage I have always had a keen interest in what is happening in post-production abroad, how this connects with what is happening here in the U.S. and how we could unite and help editors to create an internationally viable platform to recognize editing as a true cinematic art.

The ACE Board of Directors decided to create the ACE International Relations Committee to find ways to involve and tighten relationships with editors and their organizations around the globe.

Michael Ornstein, ACE, and I have been working for years in this committee on multiple and different proposals on how to integrate foreign editors into our midst.

We first contacted foreign film and TV editors organizations and slowly expanded the list of sister societies to almost 20 in the range of more than 10 different languages. To get an initial idea of how these groups of editors were organized, what for example their goals were, how many members they had, what positions in post-production they covered and if they were interested in a form of collaboration with ACE, we devised a survey that we sent to all of them. The response was very positive and gave us an idea about how to structure a possible integration of foreign language editors and their respective organizations into ACE.

Ornstein came up with the idea to use CinemaEditor as a tool to inform our current membership about our sister societies in other countries. Global Editing Perspectives gave a number of the foreign editors and editors organizations a platform to inform us all about their local motion picture industry, what their challenges are, how they manage their creative problems and how they deal with collegial and social encounters to promote the art and craft of editing.

The willingness and enthusiasm to write about their country and post-production branch of their industry for the ACE magazine was an indication to Ornstein and I that there was a genuine interest to tighten the ties between editors around the world and specifically with ACE.

There is an indisputable esteem to what ACE personifies and the prestige it has in all branches of the industry. In personal encounters with representatives of our sister societies we sensed a desire and willingness to establish a formal relationship between members of our organizations.

Recently, the ACE Board of Directors decided unanimously after a proposal from the International Relations Committee to add to the official Bylaws of ACE a new membership category: International Affiliate Member.

Editors from foreign countries can be nominated by their own national editors organizations to become an ACE member in this new category; they have to fulfill similar professional requirements as prospective active ACE members. After review and an interview via Skype, Facebook or other internet media the International Relations Committee can recommend that the ACE Board of Directors accept a new International Affiliate Member. 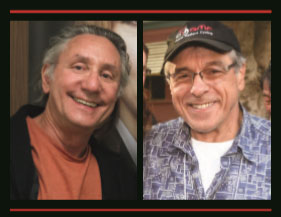 Although these new members are official members of the ACE community they may not use the ACE acronym behind their name but can use their affiliation with ACE in promotional material, resumes and CVs as ‘International Affiliate Member of ACE.’

They will also be listed in a special section of the ACE membership roster and they may be invited on request to upgrade to full Active ACE membership if their work becomes distributed in the U.S. either as a wide theatrical release or via a form of U.S. national television distribution (e.g. broadcast, cable or streaming). The ACE International Relations Committee is currently work- ing on the pragmatic challenges to get this new membership category of the ground.

One of the interesting developments happening with the proliferation of the production branches of U.S. streamers like Netflix, HBO Now, Amazon and Hulu in foreign language countries, is that they are increasingly making their foreign language productions available in the U.S.

The German Netflix original, Dark, is a very popular streaming option here in the U.S. (88% on Rotten Tomatoes at press
time). It is in German with English subtitles and the foreign language does not seem to be an obstacle since quality of the production is superb.

The streaming option is a rather low-profile entrance for foreign language productions in the libraries of the companies that rely on the internet gateway; it only requires a rather costeffective subtitling effort and word of mouth and social media will do the promotion if the series was successful in its native country. Even if a foreign language program only appeals to expats of their original country it might still be lucrative for a streamer to include it in its U.S. library.

The Academy of Motion Picture Arts and Sciences has for a very long time included foreign language entries in their line-up for the Oscars®. And although the U.S. distribution requirement seemed to be a hard nut to crack, L.A. and N.Y. independent theater owners host these Oscar contenders for a fee in offhour screenings. The small screen, with maybe the exception of certain PBS offerings, has never warmed up to foreign language subtitled series or programs. And even though there are numerous Emmy® categories, a foreign language Emmy does not exist. That might change as the streaming services are making their original foreign language productions more available to the small screens in the U.S. and Canada.

Our own ACE Eddie Awards also does not have a foreign language category, although foreign language productions are eligible for the nominations – Run Lola Run, a German theatrical production with very innovative editing was nominated for an Eddie in 2000.

But with more and more foreign language productions becoming available in the U.S. and Canada on the streamers, there might be a growing chance that the small screen will lead to an improved appreciation for the work of editors in other countries.