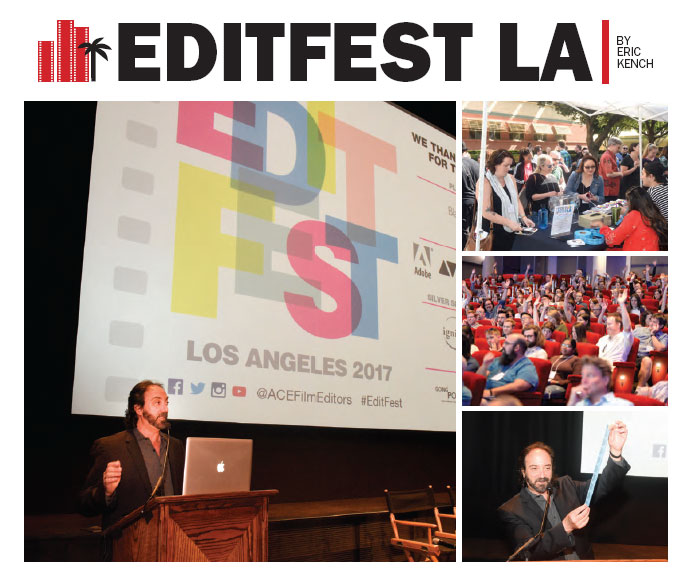 This year’s ACE EditFest LA, held Aug. 12 in the Main Theater at Walt Disney Studios, attracted a record crowd of more than 400 attendees for a day of panels, discussion and networking with a closing cocktail reception. The day kicked off with a DaVinci Resolve demo from Platinum Sponsor Blackmagic Design, followed by the first panel, “Women in Editing,” moderated by Adobe’s Margot Nack and featuring Lillian Benson, ACE (Maya Angelou: And Still I Rise); Lisa Zeno Churgin, ACE (Pete’s Dragon); Edie Ichioka, ACE (The Boxtrolls); Virginia Katz, ACE (Beauty and the Beast); Lynzee Klingman, ACE (Ali); and Terilyn A. Shropshire, ACE (Love & Basketball). First, each speaker described how she got her start in the business. Benson was attending art school when a professor suggested her talents would serve her well as a filmmaker. It was only later, after becoming a teacher, that she decided to follow her passion and through an industry connection found her first job in editorial.

Churgin admitted that she didn’t even know that editing was a profession until her brother-in-law shot a film in her apartment and she got involved. Ichioka became interested in film when she attended a screening at the Pacific Film Archive in Berkeley. During the screening, she was drawn to the editing and it was soon after that she started volunteering in the cutting room of a documentary editor. Katz, on the other hand, is the daughter of the late editor, Sidney M. Katz (who received an ACE 2009 Career Achievement Award), and while she was in college she started helping him in the cutting room. He encouraged her to start cutting scenes and she soon fell in love with the process.

Klingman explained that her love for cinema came from her family; they would all sit around the dinner table discussing movies. But it wasn’t until she was finishing college that she met an editor at a party and he motivated her to go out and find her first job in editorial. Shropshire was studying at USC when she started to develop her passion for editing and sought out her first job in the cutting room. The session included clips from the women’s work, including Maya Angelou: And Still I Rise, which was edited by Benson. She described how through re-cutting the film she was able to bring out more emotion by connecting the footage to Angelou’s voiceover.

Ichioka brought a clip from Murch, the documentary she made about Walter Murch, ACE. She explained how she had worked and learned from Murch as his assistant. Shropshire showed a scene from Love & Basketball and explained how the scene had everything it needed technically but not emotionally. They then went back and shot additional footage to get the moments they needed to make the scene work.

The “Breaking Boundaries” panel, moderated by Avid’s Michael Krulik, featured Jacqueline Cambas, ACE, who discussed Zoot Suit; Robert Leighton, who cut This Is Spinal Tap; Stephen Rivkin, ACE, for his work editing Avatar, and Paul Rubell, ACE, for Blade. Among the stories shared during the session, Leighton related that almost all of the scenes were improvised on set during the making of Rob Reiner’s This Is Spinal Tap, one of the first socalled ‘mockumentary’ films, and while this made it tricky to edit, it also gave him a wealth of options to choose from. In describing work on James Cameron’s Avatar, Rivkin showed a series of clips that broke down the virtual production process and editing procedures, explaining that editorial was involved in every step, from the performance capture to the final 3D render.

The next film they discussed was his Oscar-winning work on 1977’s, Star Wars, which Chew co-edited with Paul Hirsch, ACE, and Marcia Lucas. When asked about the experience, Chew said it was on that film that he learned the power of intercutting scenes.

He further explained that by intercutting between two or three scenes you could maintain the narrative flow and increase the tensions of a sequence. He discussed several more films including Risky Business, and concluded with Emilio Estevez’s Bobby, a 2006 drama about the assassination of Robert F. Kennedy at the Ambassador Hotel in Los Angeles. O’Steen commented on how fluidly Chew incorporated documentary footage into the story. Chew noted that with this film his career had come full circle, from his documentary beginnings to his narrative feature career. 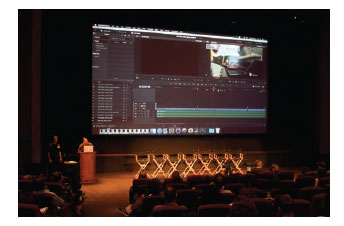 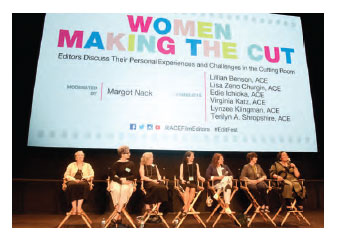 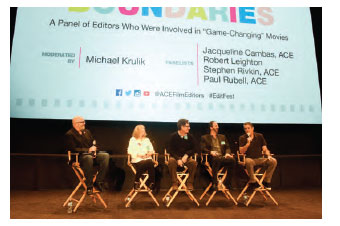 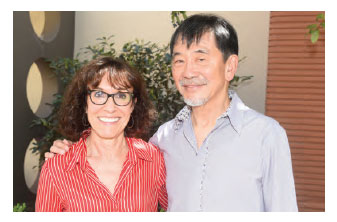 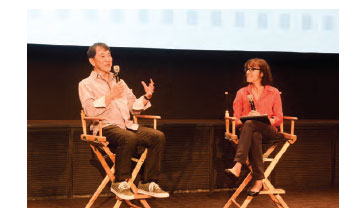 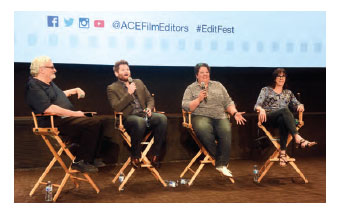 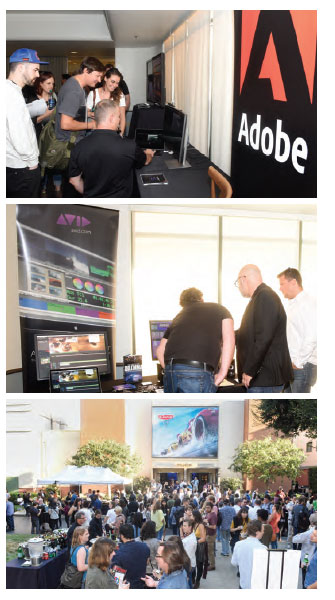 The final panel was “The Lean Forward Moment,” moderated by editor and USC professor Norman Hollyn and featuring Kelley Dixon, ACE, Chris McCaleb and Lynne Willingham, ACE. In this session, Hollyn asked each panelist to pick a favorite scene from a film they loved (but didn’t edit) that has a ‘lean forward moment.’

Dixon showed a portion of the final courtroom scene from Oliver Stone’s JFK (Oscar winner for editors Joe Hutshing, ACE, and Pietro Scalia, ACE) and explained how impressed she was with the film’s ability to show multiple perspectives. McCaleb chose the Boogie Nights drug deal in which he noted the way in which editor Dylan Tichenor, ACE, built tension. Willingham chose the opening of Jane Campion’s The Piano, with characters arriving on a New Zealand beach, edited by Veronika Jenet. Willingham commented that the cut helped to establish the time and environment through the main character’s state of mind.

The day’s featured conversation with Richard Chew, ACE, was presented in “Inside the Cutting Room with Bobbie O’Steen.” Chew related that his decision to pursue editing came while he was attending Harvard Law School; he saw an independent film called Nothing But a Man and it opened his eyes to the power of cinema. Chew got his start in Seattle editing newsroom footage and soon made his way into documentary work. It wasn’t long after that he started working at Francis Ford Coppola’s American Zoetrope and found himself co-editing 1974 thriller, The Conversation with Walter Murch.

Chew said it was Murch who first showed him how you could alter the order of scenes in the film to accentuate and manipulate the story. His first Oscar® nomination came from his work on Milos Forman’s One Flew Over the Cuckoo’s Nest and O’Steen asked him what he learned from the director.
Chew went in depth describing how it was Forman who showed him how to increase the tension in a scene by overlapping character dialogue. He also learned that with a precise character edit early in the film they could foreshadow an action later.