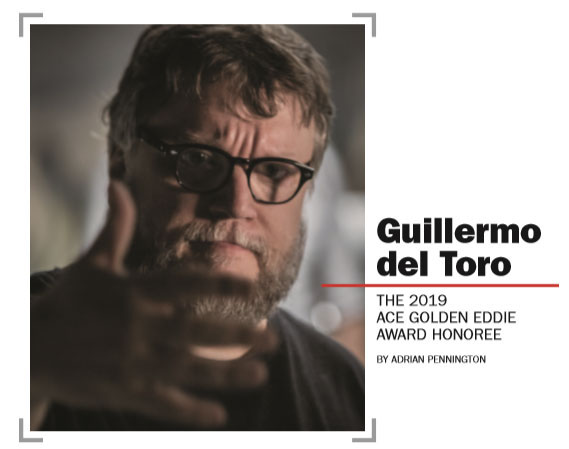 The teeming imagination of Guillermo del Toro has inspired us with magical worlds filled with fantastic, horrific and unforgettable imagery and characters, from the monsters in Pan’s Labyrinth to the aquatic creature in The Shape of Water. 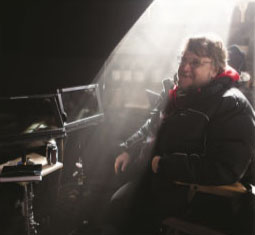 The prolific Mexican writer-director and producer has embraced the whole range of media and storytelling styles to blend horror with science-fiction and fantasy into a visual poetry that inspires both mainstream crowd pleasers and more art house projects. His stories are rich in religious symbolism and often use the classical structure of fairy tales to subvert what he considers the true horror of authoritarian rule. From the industrialists in Cronos, to the Nazis in Hellboy, the Francoists in Pan’s Labyrinth to the Cold War government scientists in The Shape of Water the villains of his stories seemingly exist to show that the only real monsters are human.

Del Toro was born in 1964 in Guadalajara, Mexico and was already involved in filmmaking by his teens, making short Super-8 films.

After studying screenwriting at the Centro de Investigación y Estudios in Mexico City, he executive produced his first feature, Dona Herlinda and Her Son, at the age of just 21. 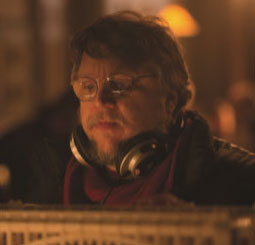 In preparation for making his first feature, Cronos, a stylish and original take on the vampire legend which he wrote and directed, del Toro contacted legendary special effects and make-up artist Dick Smith (Little Big Man, The Godfather, The Exorcist and Amadeus). “Without Dick Smith, I would not be making movies,” he told Vulture, at the time of Smith’s passing in 2014. “The first time I came into contact with him was as a child. When The Exorcist came out, I bought his makeup kit in a toy store. It came with gelatin and molds and colors, and I did my own makeup effects at a very young age.

It wasn’t until later that I actually wrote to Dick, explaining to him how much I needed to take his makeup- effects course because no one in Mexico was going to help me do effects for Cronos. I said, ‘I cannot afford an American makeup effects artist. I have to sculpt, paint, design – I have to do everything myself!’”

He was mentored by Smith and Cronos (1993) went on to win nine Ariel Awards from the Mexican Academy of Film, and the International Critics’ Week Prize at Cannes. Following this success, Hollywood beckoned. 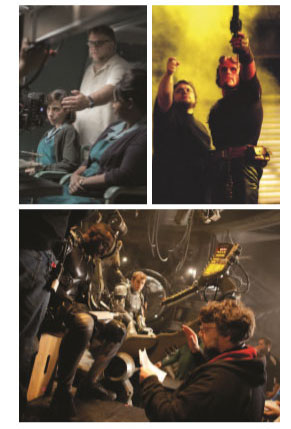 The making of his first English language feature, Mimic (1997), a horror scifi starring Mira Sorvino for Miramax/Dimension, influenced his editorial style. “I learned to make my camera more fluid, more a storytelling character,” he said in an interview with The Independent.
“It taught me to edit every day because I was always expecting to be fired. I’ll have a cut of the movie six days after wrap.

I think adversity is good … that is very Catholic of me.” Indeed, his next film was the Spanish language gothic horror The Devil’s Backbone (2001), independently produced by Pedro Almodovar and set against the backdrop of the Spanish Civil War. Del Toro directed and co-wrote the script based on an earlier draft of the story he had written about the Mexican Revolution. He returned to Hollywood for Marvel’s vampire superhero sequel, Blade II, directing Wesley Snipes and followed that by directing and scripting another successful comic-book inspired film, Hellboy (2004), and its sequel, Hellboy II: The Golden Army (2008), starring Ron Perlman with whom del Toro had worked on Cronos and Blade II.

In between he made perhaps his most loved film, Pan’s Labyrinth, a parable which revisits some of the themes of The Devil’s Backbone and interweaves the reality of life under Spanish dictator Generalissimo Francisco Franco with a mythical world inhabited by a mysterious faun creature with which the main character, Ofelia, forms a bond.

The film won numerous awards, including Academy Awards® for production design, cinematography and make-up and three BAFTAs®. Now an even hotter property, del Toro embarked on an astonishingly prolific workload from which he has not let up. It has seen him produce multiple features and TV series (both live action and animated), author novels and direct big-budget studio pictures, the latter including science-fiction film Pacific Rim (2013) and gothic romance Crimson Peak (2015). As a producer, he worked on the features, The Orphanage (2007), Julia’s Eyes (2010) and Biutiful (2010), for director Alejandro Iñárritu and Pacific Rim Uprising (2018).

With Chuck Hogan, he co-authored The Strain trilogy of vampire horror novels, later adapted into both a graphic novel series and a live-action TV series (2014–17) for which he directed the pilot episode, “Night Zero.”

With DreamWorks Animation he created the Netflix animated trilogy, Tales of Arcadia, which includes the award-winning Trollhunters, the recently-released 3 Below and the upcoming Wizards. The different attributes of episodic and feature formats clearly offer del Toro different opportunities for storytelling but he still believes nothing quite matches cinema’s impact. 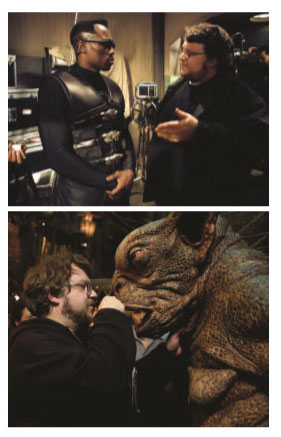 “TV is long-arc. It is offering characters, plot and stories,” he explained to The Independent. “Movies can offer vistas, images, moments that are larger than life. I adore TV and I do binge-watch, but with most of the series I love, I can quote you a moment, a line, a character gesture but I cannot quote you a single image that is memorable as an image in the way that the elevator is opening and the blood pouring in the corridor in The Shining or the space baby in 2001.”

The Shape of Water, released in 2017 by Fox Searchlight Pictures, is his most garlanded film to date. The enchanting love story between a mute woman and an amphibious creature  was nominated for 13 Oscars® including for the editing of Sidney Wolinsky, ACE. It won for Best Picture, Director, Production Design and Score, landed del Toro’s first DGA and Golden Globe® awards for best director and picked up three BAFTAs, also including Best Director, and won the Golden Lion at the 2017 Venice International Film Festival.

“For 25 years I have handcrafted very strange little tales made of motion, color, light and shadow,” he said in his acceptance speech at the Golden Globes. “In three precise instances, these strange stories, these fables, have saved my life. Once with The Devil’s Backbone, once with Pan’s Labyrinth and now with The Shape of Water, because as directors, these things are not just entries in a filmography. We have made a deal with a particularly inefficient devil that trades three years of our lives for one entry on IMDb. And these things are biography and they are alive.”4 Del Toro has long been attracted to animation as a storytelling form, variously acting as creative producer for TV animated feature Hellboy Animated: Blood and Iron (2007); creative consultant on Megamind (2010), executive producer of Puss in Boots (2011), Rise of the Guardians (2012) and Kung Fu Panda 3 (2016) and as producer of The Book of Life (2014), set vividly amid the carnivalesque Mexican Day of the Dead.

Most recently he announced that he will be directing his first animated feature. Pinocchio is a lifelong passion project, which del Toro is also writing and producing as a stop-motion musical for Netflix set in Italy during the 1930s. “No art form has influenced my life and my work more than animation and no single character in history has had as deep of a personal connection to me as Pinocchio,” del Toro said in a released statement. “In our story, Pinocchio is an innocent soul with an uncaring father who gets lost in a world he cannot comprehend. I’ve wanted to make this movie for as long as I can remember.”

Over his career del Toro has collaborated with editors including Bernat Vilaplana (Pan’s Labyrinth, Hellboy II: The Golden Army, Crimson Peak); Peter Amundsen (Blade II, Hellboy, Pacific Rim with John Gilroy, ACE); and Wolinsky (who worked with the director on The Strain followed by The Shape of Water).