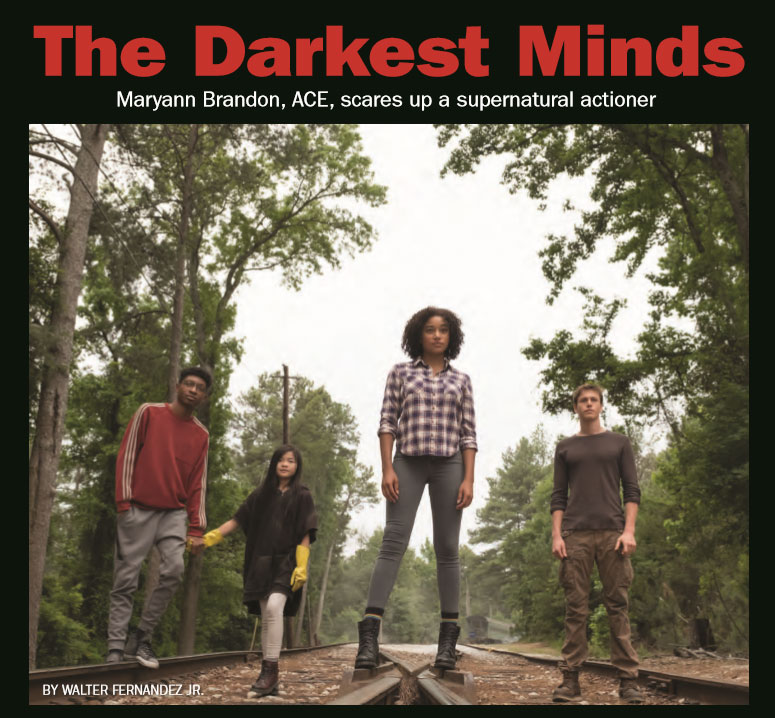 The Darkest Minds delves into a dystopian world where the vast majority of the child population dies once they hit puberty from a disease called IAAN or Idiopathic Adolescent Acute Neurodegeneration. This is familiar territory to works like Children of Men, Lost and The Handmaid’s Tale where some preternatural or supernatural circumstance stymies the progress of human procreation. However, children are rarely ever the focal point of these stories. They usually center on the adult world’s reaction to these situations.
Minds takes this premise and places it at the point of view of the children, and adds a fantastical element on par with X-Men. Here, the children who survive the onslaught of hormones develop special powers, ranging from telekinesis and mind control, to harnessing fire and electricity. Instead of nurturing this threatened segment of the population, the government bunches all of the remaining children together in heavily-guarded camps for everyone’s safety. There, the children can be monitored until it’s decided what to do with them.

`
Based on the 2012 novel of the same name by Alexandra Bracken, director Jennifer Yuh Nelson and Maryann Brandon, ACE, bring the supernatural actioner to the big screen. Produced by 21 Laps Entertainment for Fox, the film has a young cast including Amandla Stenberg, Mandy Moore and Gwendoline Christie. Brandon is a pro at visual effects-heavy sci-fi, having edited or co-edited movies like Star Wars: The Force Awakens, for which she earned an Oscar® nomination, and Star Trek: Into Darkness. She also co-edited How to Train Your Dragon for DreamWorks Animation, where she met Nelson, the Oscar-nominated director of DWA’s Kung Fu Panda 2, whom with Darkest Minds makes her live-action feature directorial debut.

Brandon spent 10 weeks with the crew in Atlanta before returning to Los Angeles once production had wrapped. Curiously, there wasn’t any conventional previs done for a picture with a significant amount of visual effects. “It was odd not to have previs on this film, but Jennifer’s background is story,” Brandon explains. “She’s an amazing artist. She storyboarded the entire film.

When we got to the cutting room she was very active and knew what she wanted and how to get there.” Brandon’s approach to the material is the same be it action, comedy or animation. “I look at the script and see what the scene is about. Once I’ve decided that, I plot things out from there and try to tell the best story. I find performances that will take the audience there, and if the performances are not what I particularly want, I try to read the performances that I did get and see whose point of view that scene is from. I take my cue from the strength of the dailies. Later on, I’ll go back and retouch as the story evolves.” For Darkest Minds, a more difficult scene to cut involved a huge battle.

“That was very challenging because there were so many moving parts and I had to sum up everyone’s story. There was a lot of inventive thinking going on and structural storytelling so that you know ‘what happens when’ and ‘to whom’ so that you can understand where they all end up at the end,” admits Brandon.

Fortunately, Brandon isn’t alone. She credits her editorial staff with not only making sure the editorial operations run smoothly, but providing essential creative contributions. “I have an amazing team,” she says. “Jane Tones is my first assistant. I wouldn’t do a film without her. Armando Sanchez was our second assistant. Amanda Goodpaster was our music editor and she was invaluable because there are a lot of songs and current music, which often set the tone.

Martin Kloner, who has worked with me on all the Star Wars and Star Trek movies, was our VFX editor. 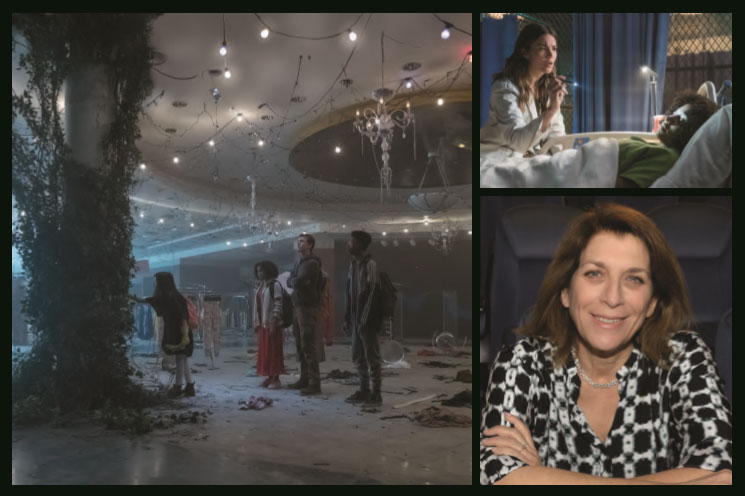 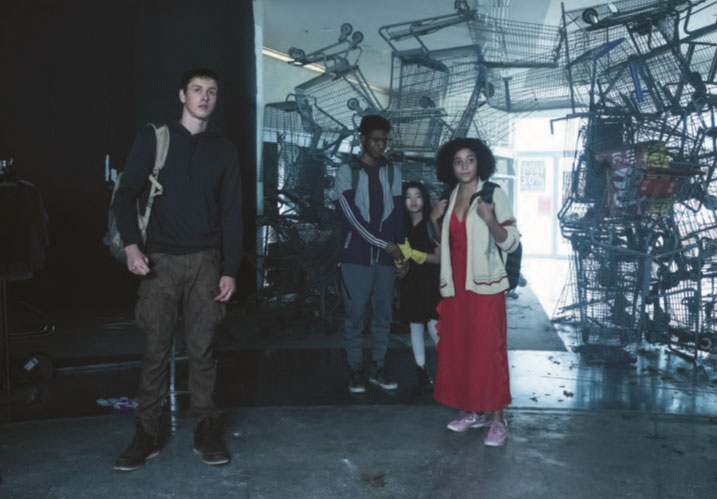 What’s great about my team is that it’s not just me sitting in a room trying to figure everything out. We have very open discussions about what the movie can be. I wouldn’t do it without them.” Brandon is continuing a legacy in the edit bay that titans like Dede Allen, ACE, and John Bloom demonstrated to her when she was coming up the ranks. She remembers, “Dede was a big icon to me. I started in New York and Dede was larger than life.
I was an assistant on a film she edited called Off Beat. She was very aware of the people that worked around her and for her and treated everyone like [his or her] problems mattered. I loved
that about her.” English editor John Bloom (Ghandi) was also very influential in the nascent stages of Brandon’s career. “I met him in New York when he was working with Sir Richard Attenborough on
A Chorus Line,” she recalls. “He hired me as his second assistant and I ended up working on three or four films after that with him. He and Richard asked me to go to the U.K. to finish the film with them. He ran a very warm and caring cutting room and would often call me in after he’d cut a scene and we’d look at it together and he’d let me critique it. It was invaluable.”
Brandon’s most significant recent creative partnership has been with J.J. Abrams. From their first pairing on Alias (for which Brandon directed a couple of episodes in addition to editing) to Abrams’ Star Trek and Star Wars films (which she co-edited with Mary Jo Markey, ACE), they have spent nearly two decades collaborating together. “It’s like a good friendship,” she says. “You know when you’ve met a good thing. J.J. is a very busy man with many projects going on these days, but with us it’s just roll up your sleeves. He is an amazing filmmaker. J.J. and I share the belief that you never let things go if you’re not 100% satisfied. Most of all be open-minded to ideas, you never know where they lead to. If you have a reason for why you want to do something, it’s always valid. Brandon wrapped up working on The Darkest Minds last November and has since jumped on to Sony feature Venom starring Tom Hardy and directed by Ruben Fleischer. From there, Brandon will segue to Star Wars: Episode IX later this year. She might even be back for another round of The Darkest Minds as it is a trilogy of books. “It’s the magic of cinema –
what you can make people believe by the way you put a couple of different shots together. That’s movie magic, right?”