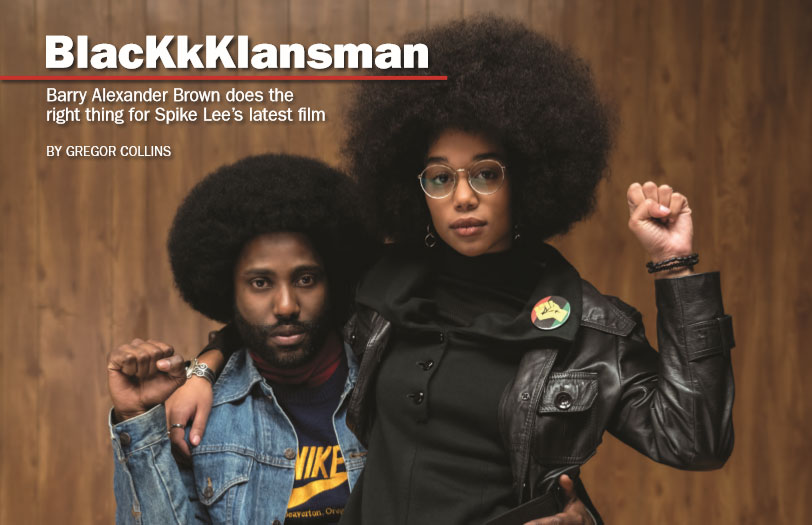 When considering a Spike Lee film, themes like race, truth, hate and hypocrisy naturally flood the mind. So, without knowing about the 37-year friendship shared by Lee and his editor, Barry Alexander Brown, you might assume as twenty-somethings they came right out of the gate slinging controversial films about the messy truths of racism in America. You’d be wrong. Those narratives hadn’t yet coagulated in their young imaginations.

In the 1980s it was just about two dudes who could talk for hours about their favorite Broadway musical. “It wasn’t about making impactful films with a message – Spike and I were drawn together just based on our sense of cinema and our general love and appreciation of films, which in our case also included Broadway musicals.”

Brown, who helped found First Run Features in the early ‘80s, initially hired Lee, then a film student at NYU, to check 16mm prints to get them in shape and ready to send out. In the process they became friends and confidants. And when Lee eventually came to make feature films, there was no one he trusted more to piece together his galvanizing discourses about social and political matters than his former boss. They’ve collaborated on nearly every project from 1986’s She’s Gotta Have It to this year’s BlacKkKlansman.

Brown was born in England and grew up in Mississippi, in Florida and in Alabama, where he went to high school. He received an Oscar® nomination for co-directing a 1979 documentary called The War at Home, and this December will helm his fourth feature film, Son of the South. He’s a former associate professor of film studies at Columbia University. “I’m not a very intellectual film editor,” Brown reveals. “I know certain editors who put a lot of thought into a movie they’re going to edit, and they see other movies to compare it to and they approach it in a way that is very methodical. Many of them are brilliant. But I can’t work that way. I fall through a cut. I read the script but don’t think a lot about it, and just wait for dailies and have an open mind.”

This primordial instinct of ‘feeling’ over ‘thinking’ is a skill that can’t be learned, and has defined Brown’s evolution as more than just an editor, making him the perfect teammate for Lee’s trademark impulsive storytelling style. 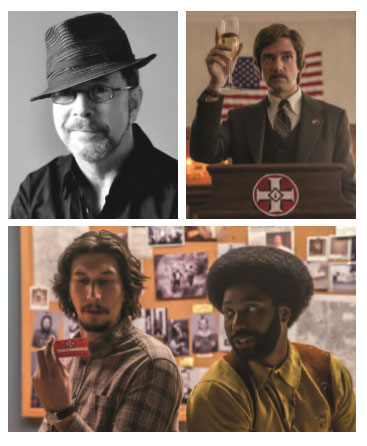 Based on a true story, BlacKkKlansman is set in 1970s Colorado Springs, and follows the first African-American detective in the police department. There, he helps infiltrate the local chapter of the Ku Klux Klan. The film, starring John David Washington and Adam Driver with Alec Baldwin and Laura Harrier, premiered last May at Cannes, where it won the Grand Prix.

It was theatrically released to coincide with the one-year anniversary of the white supremacist Unite the Right rally in Charlottesville in 2017. Anyone who’s seen BlacKkKlansman wouldn’t soon forget the chilling last few shots of the film, which show actual, never before-seen news footage from the Charlottesville rally.

In a recent Variety interview written by Ramin Setoodeh, Congressman Cory Booker interviews Lee, who discusses the story behind including the footage: “We were in pre-production when Charlottesville happened,” Lee relates in the story. “When I saw that, I knew in my heart that this was going to be the ending that would make people sit in silence. But I was not going to have that scene of the car, that murder weapon, going down that crowded street without the blessing of Susan Bro [whose daughter, Heather Heyer, was killed].

I called her up and gave her my condolences. And I asked her blessing: ‘Can I please use that shot?’ And she said yes.” Meanwhile the opening scene was intended to have the “feel of a stylized documentary,” according to Brown. “While we were shooting, Alec Baldwin [who plays a white supremacist] was trying to find these moments and sometimes said the wrong word, sometimes had to ask the script supervisor about something, clear his throat, things like this, and Spike eventually said ‘I want to use that stuff.’ 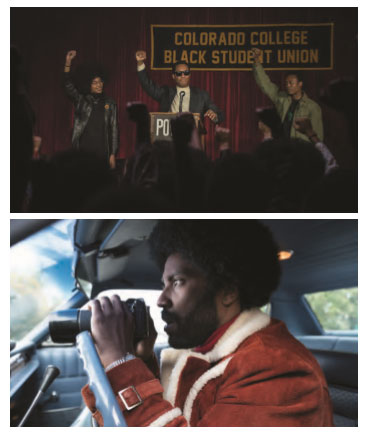 Baldwin’s character isn’t someone speaking from the heart – this is someone trying to save face, to manipulate and to deceive. So, all those ‘umms’ and ‘ahhs’ worked perfectly for it.” Brown and Lee – including assistant editors Jason Battle, David Valdez and Zach Wolf – got very few notes from the producers including Jason Blum and Jordan Peele or distributor Focus Features.

“We were already scoring the film in week nine or 10 of director’s cut, which is very fast.” BlacKkKlansman was also unusual in not having any deleted scenes. “To me it speaks to how solid the script was,” says Brown. “The only other script that was as solid was Do the Right Thing.” In BlacKkKlansman, there’s a memorable sequence intercutting Harry Belafonte as an elder activist recalling a lynching he witnessed, with an induction ceremony of the Klan.

Aside from the Charlottesville footage at the end, this was probably the most talked about scene because, as Lee has effectively done his entire career, it brought it right down to the truth in a palpable way. “In the script, that Belafonte sequence was laid out to be intercut, but there were big blocks in between,” says Brown. “It wasn’t ‘one scene.’ It was clear to all of us it would be one scene, happening simultaneously. It’s emotionally one scene. It couldn’t have been any other way.”