A lot has changed since we moved from film to digital in our editing rooms, from the Moviola, KEM and Steenbeck viewers that required a darkened room to the computer monitors that are bright enough to edit in daylight. Because editors were exiled to small windowless spaces, working in dim light with rattling Moviolas, whirring KEMs or Steenbecks in 6-by-10 ft. closets, catacombs and barracks like the Washington Row at Columbia or the Verna Fields Building at Universal, other crewmembers never understood why we would endure such undesirable conditions.

But the creative challenges and accomplishments of our work were generally enough cerebral compensation for us. When asked about my windowless quarters I would always say that my viewer was the only window I needed to look at the world. But when digital allowed us to look at our work first on
CRTs and later flat-screen monitors, the need to work in the dark was eliminated though that did not mean that we suddenly were able to work in daylight-drenched roomy editing suites. That change is too slowly creeping along and often editors are still tucked away in small windowless editing rooms as if creative juices for editing are magical concoctions that can only flow where daylight is not allowed.

Recently I talked to Andrew Seklir, ACE, about editors’ working conditions since he has been a strong advocate to improve them.

Working on Battlestar Galactica in the cramped Verna Fields editorial building at Universal Studios, he remembers ducking sprinkler heads and low ceilings on which he would occasionally bump his head (he’s a tall 6’9”). He started asking other editors about their own working conditions and thus formed an interest in what kind of conditions other colleagues were working under and what their requirements and desires were for an optimal editing suite. Realizing that there were no existing standards to regular editorial working conditions, he approached the ACE board with the suggestion of creating a committee to establish a set of best practices for post-production. Joined by fellow ACE members Bonnie Koehler, ACE; Harry B. Miller, ACE; Kevin Tent, ACE; and others, the Best Practices Committee devised a survey for ACE members about their working conditions, where members could comment and make suggestions for possible improvements.

The survey covered a range of topics, including location of the editing suite, equipment, workplace amenities, staffing and consulting for schedules and technology. Especially now that whenever there’s a software update the scope of an editor’s tasks seems to be expanding into territory not covered previously, it is important that they have a voice in how a film or TV program is brought to the finish line.

In my earlier days as a film editor, when post-production evolved from the all-crew attended screening of dailies through the editorial progress screenings to the final answer print screening before a movie was turned over for distribution, I was an important part of the cog that whirred the film reels to a satisfactory finish. But when digital started to take over, old jobs and practices disappeared and new ones popped up. The number of assistant editors shrunk; apprentices disappeared; and visual effects editors, post-production PAs and supervisors were added sometimes before I was even hired. According to Seklir, most of the time in TV you’re hired within an almost corporate structure that existed before you came on board and so you’re never consulted on a lot of things that pertain to post-production of the show. It is not that the producers are not willing to talk to their editors about this, but there’s a lack of information about what would be a ‘best practice’ of making sure that there are good working conditions where creativity can thrive. 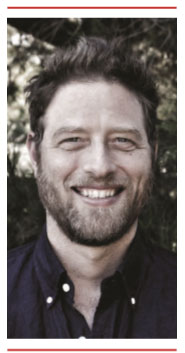 The Best Practices Committee created a survey that after approval of the ACE board posted online in the summer of 2017. After an email blast to the membership, about 200 ACE members responded to the request to fill out the survey. This resulted in a treasure trove of ideas, suggestions and requests that the committee condensed into a first draft of the Best Practices document.

During his busy schedule editing HBO’s Westworld, Seklir still found time to submit several versions before the ACE Board approved the final version. The result is the ACE Best Practices Guide for PostProduction, a reference with suggestions for how a post-production environment should be set up and how editors should be involved in making decisions that impact their professional responsibilities and their well-being. It represents an ideal that all productions both large and small should aspire toward.

The guide is not a strict bible, or law, but a living document that has to be adjusted as the motion picture post-production world changes. Editors will be encouraged to amend it as conditions evolve and Seklir hopes that it will become a topic of conversation when editors get together. For him it is important that we as editors crawl out of our metaphorically dark holes and become more social since we do not have the opportunity of being part of a large crew that operates on the set of motion picture production. He thinks that especially editors in episodic TV should, for example, have lunch together and talk about their working conditions, amenities, personnel and schedules. And when ACE receives enough comments and feedback, the committee should devise another survey to update the guide.

The first edition of the ACE Best Practices Guide for Post-Production has been distributed to the membership; in addition, it will also be made available to anyone who wants to educate themselves or their organization on what would be the most optimal practice to guarantee a post-production environment that inspires creativity. While to those already practicing these recommendations the guide might seem redundant, it cannot hurt to have it all neatly and clearly written out as a checklist.

Reading the Best Practices Guide for the first time I was actually very surprised by the timelessness of the recommendations. When at the dawn of my editing career I first worked in the cutting room barracks of the now-defunct Cinetone Studios in Amsterdam; I always had the idea I was working in a prison, especially when I left at night walking to my bicycle parked against the barbed wire fence; a searchlight from a watchtower gliding over the roofs was the only thing missing in this depressing ‘creative’ environment. I’m still amazed that I edited comedies there, among other things. Had I had the Best Practices Guide then as a checklist, all of the items covered would apply to my situation in spite of the fact that I worked with film and splicers. This means that the Guide applies in general to what editors are dealing with in a timeless and borderless matter and hence it is about time that we are finally being assertive in words to what is needed for us to do our work perfectly wherever we are, whenever and whatever we are editing.

ACE will share the Best Practices Guide with anyone who is working or has an interest in motion picture post-production. And we do not intend to limit this to just the ‘American’ part of the name of our organization because Seklir is certain that what the guide is suggesting is a valid consideration for any editor, any editing room and any post-production professional anywhere in the world.