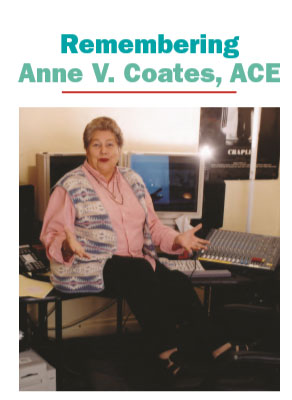 Anne Voase Coates, ACE, who died May 8, 2018, at the age of 92, edited more than 60 films in vast genres during a prolific career that lasted for six decades. One of cinema’s most influential film editors, she was best known for her work on David Lean’s 1962 classic, Lawrence of Arabia, for which she won an Academy Award®. She received further Oscar® nominations for Becket (1964), directed by Peter Glenville; The Elephant Man (1980), by David Lynch; In the Line of Fire (1993), by Wolfgang Petersen; and Out of Sight (1998), by Steven Soderbergh.

Celebrating her career at the 2016 Governors Awards, where Coates received an honorary Academy Award that sits alongside the one that she won for Lawrence, actress Nicole Kidman said: “Anne V. Coates is not a great female editor, she is a great, great editor. She’s not a trailblazer for women, she’s a trailblazer for all of us. “ 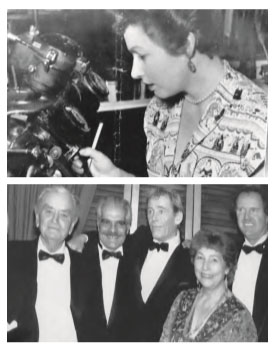 Anne has left her mark on some of the greatest films of all time.” “Her editing taps straight into the heart and pulse of a film, effortlessly conducting the rhythms and juxtapositions of the performances and story,” says her friend and ACE past president, Mark Goldblatt, ACE. “She embraces the mise-en-scene of her directors, using her innate sense to select the absolute best moments from the footage, then she weaves these disparate pieces together into a seamless whole. It’s a sort of cinematic alchemy.”

Goldblatt has marveled at the “variety of editing styles that she has deployed over the years, for different types of projects.

She is a master of classical ‘invisible’ editing and yet she has adopted more avant-garde ‘out-of-the-box’ techniques as well. I love hearing from Anne about how she introduced David Lean to some of the early French New Wave editing techniques such as jump cuts during their collaboration on Lawrence of Arabia.” 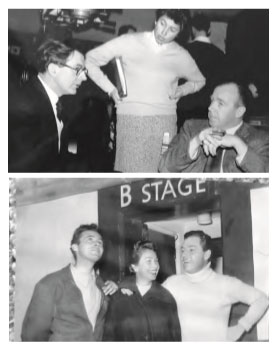 Her work on Lawrence of Arabia produced her famous match cut from actor Peter O’Toole blowing out a match (she was fully aware of the technical pun) to a panorama of the sunrise over burning desert sands. In time, this became one of the most famous cuts in cinema.

Classic sequences in Lawrence of Arabia also include the entrance of Omar Sharif’s character, Sherif Ali. Emerging like a mirage in the distant shimmering desert heat, Ali ever so gradually comes closer to the watching Lawrence. Is he friend or foe?

Lean and Coates hold the sequence, in silence, for three minutes until a single gunshot breaks the tension. It is an astonishing moment in cinema. In 1989, Coates was supervising editor on the restoration of the film. Another distinctive scene where holding the frame was more important than cutting away featured in The Elephant Man. In the audience’s first encounter with John Hurt’s John Merrick, the camera pushes in on a close-up of a doctor (Anthony Hopkins) who has also never seen Merrick before. As Hopkins breaks into a tear, the moment “holds devastating potency” in the words of the British Film Institute, a heartbreaking moment that delivers genuine emotional impact.

The daughter of Laurence Calvert Coates, an architect, and the former Kathleen Voase Rank, Anne Voase Coates was born on Dec. 12, 1925, in Reigate a few miles south of London.

Initially, she went into nursing, working at a plastic surgery hospital, where World War II pilots and children injured on bombsites were treated for facial injuries.

Then she found editing. One key assignment early in her career was as the lone assistant to Michael Powell’s main editor, Reginald Mills. Early films to which she contributed include The Red Shoes (1948), directed by Powell and Emeric Pressburger.

“I learned more with [Mills] than I probably did the rest of my life,” she told ACE. “He taught me so much about organization, speed and how to behave in a cutting room.”

Coates would go on to mentor and inspire many editors.  One of her mentees was editor Chris Cibelli, who assisted Coates on numerous films including 1986’s Raw Deal. “She was very collaborative in the editing room,” he says, recalling that she would bring in her assistants and PAs to view and discuss cuts. But she would spend little time discussing editing, rather she focused on the emotion of a scene and whether it was connecting – that was what was important.

Another of her mentees was Robb Sullivan, who assisted her on 10 films starting with 1993’s In the Line of Fire. “I never went to film school, and she gave a kid a break and she changed my life,” he says. “We had so many great adventures, and she opened the world to me.”

He adds that the most important thing he learned from Coates was “Story. Story. Story. If the story is great, that’s everything.” Coates was honored with the ACE Career Achievement Award in 1995. She was made an OBE in 2003 and a fellow of BAFTA® in 2007. In her Governors Award acceptance speech

Coates said,  “I never suspected I’d be holding one of these (an Oscar statuette) in my hands again. I’d like to think I can share this with all the editors – all the unsung heroes – as it is this sort of special award that reminds us that our work is not entirely unnoticed.” Coates said she felt lucky to have been able to do the job she loves working with some of the greatest directors and on some of the most amazing scripts ever written. “To top it off I got to travel around the globe to some of the planet’s most mesmerizing locations.

“I’ve worked with directors from David Lean to David Lynch, Carol Reed to Wolfgang Petersen. I would like to thank them all for the good times and manic times and even the time they kept me in the cutting room seven days a week,” she joked.

For all that, she declared her greatest production to be her three children, including her daughter, Emma E. Hickox, ACE, “who has ended up as a fabulous editor and is now taking my jobs!” “My mother was a badass legend in film – and a badass mother at home – for which I am forever grateful!,” Emma says.

Coates was married to the late English film and television director, Douglas Hickox. She is survived by her daughter; sons, Anthony and James, both directors; and four grandchildren, Matilda, Florence, Olivia and Alexander. 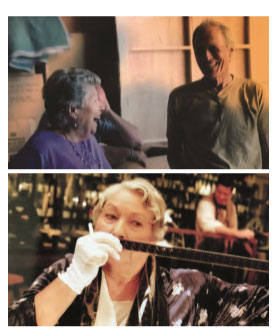